The streaming service is done, and sadly so are some of its flagship titles. 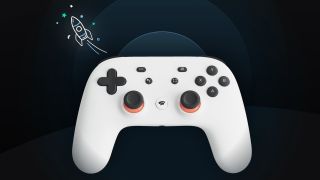 So farewell then, Google Stadia: We barely knew ye. Around ten hours ago Google’s streaming service finally closed after three years. There were props for the way the company handled the shutdown (with all customers receiving refunds and the controller getting a firmware update to enable bluetooth functionality (opens in new tab)), some unseemly celebrations, but mostly sadness about what developers and players alike would miss.

You never know what you got till it’s gone, I suppose. Stadia’s last week brought one small gaming surprise in the form of the service’s very final released game being its first (opens in new tab): a multiplayer version of Snake called Worm Game. That dude who put 6,000 hours into Red Dead Online on Stadia (opens in new tab) streamed his final journey into the wild west on the service, with Rockstar’s save transfer feature and a big ol’ goodie bag helping ease the ache.

One element of the Stadia shutdown is that, initially at least, Google bought-up exclusives for the service. These were on a different scale than the big-budget blowouts typical of platform-holders, and tended more towards established studios making smaller, quirkier titles. Several of these have been ported, while many remain in limbo and may never be playable again.

One of the games affected is Pixeljunk Raiders by Q-Games, an entry in the long-running Pixeljunk series that just isn’t there anymore.

With tomorrow’s closure of Google Stadia, PixelJunk Raiders will no longer be playable. It’s a sad day for our team, but we’d like to focus on the incredible journey we’ve been on together to Planet Tantal. (Including a look at some never-before-seen concept work!) 1/8 #Stadia pic.twitter.com/6CkfyjgpgaJanuary 17, 2023

“We’re hoping to talk to publishers who can help us get it on to a PC or even PS5 or other platforms,” said Cuthbert, “The IP is ours, so we’re trying to find a way to do that.”

Cuthbert adds that Google has been “forward thinking” about this, and also says that if it did happen they’d probably want to “rework the game a little bit […] If I was going to relaunch it, I’d do that and I’d want to find a publisher who can help us do that. But there’s nothing on the books yet”.

The news is more bleak for other titles, like Splash Damage’s Outcasters. The studio posted a statement saying “we do not have plans to bring Outcasters to other platforms at this time”. It adds that the game is “heavily reliant” on many of Stadia’s features, and thus it would be anything but a simple job.

“The team put so much love into the game and it was a great opportunity to be on the frontier of gaming tech,” said the studio on social media (opens in new tab). “We’ve got exciting projects on the way, but Outcasters will always hold a special place in our hearts”.

Larian Studios thanked everyone who’d played Baldur’s Gate 3 on Stadia (which is obviously not an exclusive title) and said it was (opens in new tab) “looking into alternative streaming solutions so you can keep playing”.

Happier news came from Necrosoft about Gunsport, which has since received a spruced-up Steam version. “[Stadia’s shutdown] means all exclusives, like the original Gunsport, will blink out of existence,” it said in a statement (opens in new tab). “But!! Since we care about game preservation we’ve made an offline version of Gunsport available in the Steam version of Hyper Gunsport, through the beta channel”.

There are also odd little things that will disappear, like some bizarre exclusive content for Final Fantasy XV.

Finally beat this. It prob took me 13 tries to git gud at turning without flipping over.Hey, but we get some fireworks! And our furry friend is there again! pic.twitter.com/aFJV4PUypRMarch 8, 2020

Over on the Stadia subreddit, there’s either sheer melancholy (opens in new tab) or the type of black humour that gets you through these things.

Stadia itself posted a credits list, beginning with the message “gg, thank you for playing with us”.

To our players and partners, our team, community and fans: thank you, for everything.As of 11:59pm PT today, we’re signing off from the cloud. Y’all be good to each other, and stay safe out there.☁️ 🎮 pic.twitter.com/aCr0gW8IQqJanuary 18, 2023

In response to the above, Epic CEO Tim Sweeney paid tribute to how Stadia was managed start-to-finish. “Stadia was a great effort that supported a lot of developers, including supporting Unreal Engine development before Fortnite took off,” said Sweeney. “Thanks Google Stadia team for managing this project and its end with such class!”

Tim Sweeney praising another big tech company? I guess funerals do bring out the best in people.

Farewell and adieu then, to the service that promised the future but never quite found a foothold in the now. Whatever else can be said about the Google Stadia service, the core technology worked (it was by far the best of the streaming services I’ve used, even if you’d still run into the odd lag spike). And cloud gaming will undoubtedly be a significant part of gaming’s future, it just won’t be through Stadia. Let’s try and look on the bright side though: At least we didn’t get a Stadia tattoo (opens in new tab).