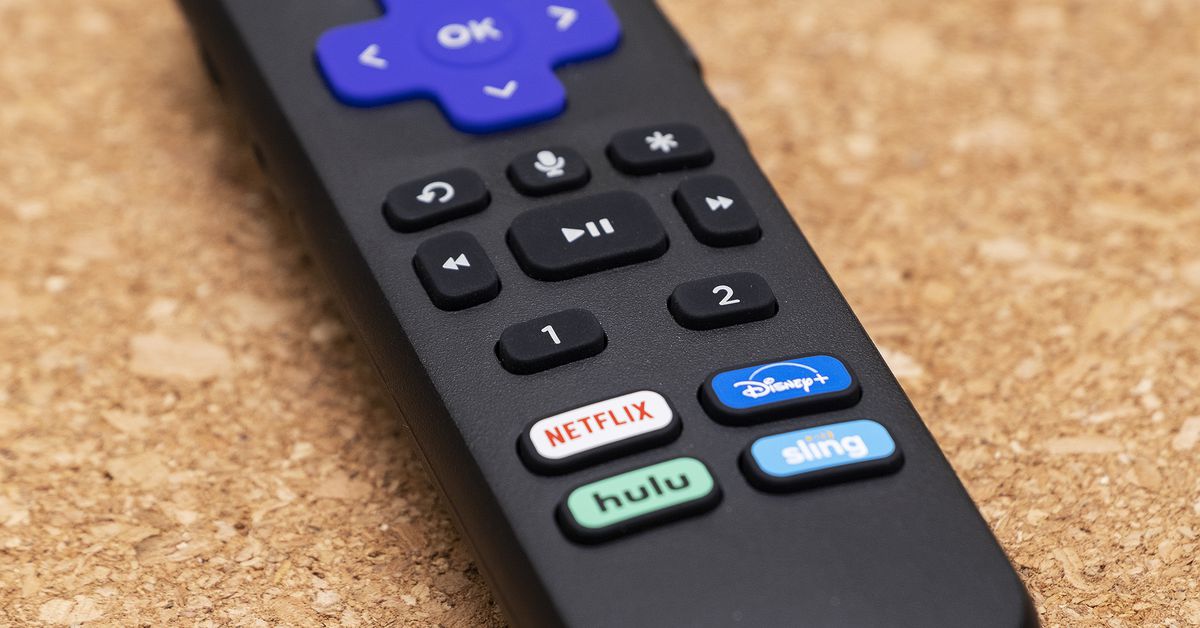 Roku does customizable buttons right on the Voice Remote Pro


Roku has a strange relationship with remotes: it’s one of the worst offenders when it comes to branded buttons, with a seemingly ever-rotating list of streaming services — Netflix, Sling, even Rdio at one point — that have come and gone over time. One of its remotes even bears a mysterious glyph that’s never been used for anything.

And yet, Roku also leads the pack when it comes to customizability. For the last couple years, some of its remotes have offered programmable buttons, and its recently released Voice Remote Pro elevates them to new heights.

The programmable shortcut keys, labeled with just a 1 and a 2, are almost infinitely customizable. And Roku actually has the software support to back them up in an easy and approachable way, one that the updated Voice Remote Pro’s mic makes even easier with its hands-free commands.

Speak any voice command — be it as basic as opening a streaming app that Roku doesn’t have a sponsored button for, or as complex as “lower the volume to 10 percent” — and then press and hold the button afterward, and you instantly create a shortcut to do that action on command.

As my colleague Chris Welch explains in his review:

The buttons labeled “1” and “2” can save any voice command that Roku supports; just long-press either button after the voice command, and it’ll be set as that button’s function. This can be as simple as using them as two shortcuts for apps that don’t have their own button, like “open HBO Max” or “open Peacock.” But you can also use the shortcut buttons for searches (“show me free movies”), input selection (“switch to antenna TV”), or TV controls (“turn the volume up,” “turn on closed captioning”).

It’s a clever system, one that leverages Roku’s voice controls to allow for complex commands, without requiring that users muck around with complicated software menus to program in exactly what they want. You just say what you want your Roku to do, and then save it for as long (or as little) as you need.

Roku’s customization system is also easily reprogrammable on the fly: want a dedicated button that just plays Iron Man 2? You can have it. Trying to learn French by watching Netflix’s Lupin? You can quickly make a button to toggle captions. The only real limit is your imagination (and Roku’s surprisingly deep bench of voice command options).

Roku’s system also helps to alleviate one of the biggest issues with voice assistants — sometimes, you don’t want to bother your housemates with the noise of you constantly asking your TV to change channels. Once programmed, the shortcut buttons make it possible to use complex or long voice commands silently, making them the perfect complement to Roku remotes’ similarly roommate-pacifying headphone feature.

It’s a system that’s so useful, it’s a wonder that companies like Apple, Amazon, and Google — all of which feature set-top boxes with their own robust voice assistant setups — aren’t looking to offer a similar feature in the future.

Voice remotes are all well and good, but at the end of the day, no one wants to hear you shouting over the sound of the latest episode of your favorite show.