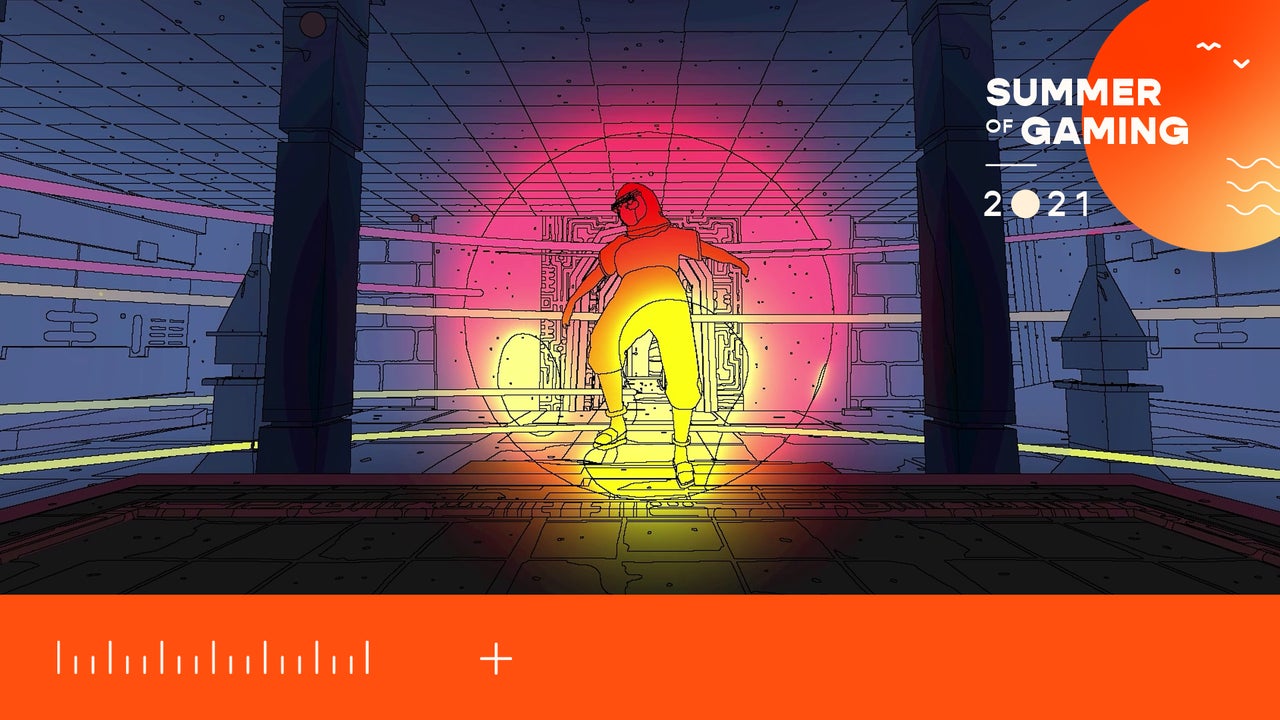 IGN is delighted to reveal the first extended gameplay of Sable, the gorgeous exploration adventure with shades of Moebius and Zelda: Breath of the Wild.

In 13 minutes of alpha gameplay, released as part of our Summer of Gaming, we see the earliest moments of the debut game from London-based indie developer Shedworks. That gameplay reveals a mix of 3D platforming, open world exploration, and choice-driven dialogue, set in a beautiful desert world of nomads, hoverbikes and ancient, inscrutable architecture.

Check it out below:

The gameplay video sees Sable travelling from a sun-dappled temple to her home, Ibex Camp, and talking to members of the settlement. We see the game’s choice-based dialogue (written by Kim Belair and David Bedard) and how you’ll earn your first (beautifully busted) hoverbike to traverse the game’s rolling dunes. We also see Sable earn her seemingly magical ability to glide, after she makes her way through to a crumbling temple altar.

From there it’s anyone’s guess where we go next, but publisher Raw Fury promises hoverbike customisation, totally free exploration, and hidden secrets and collectibles to discover in the game’s open world. Oh, and it’s all soundtracked by indie darling Japanese Breakfast

Sable was revealed to a mass audience as part of E3 2018, and we instantly fell in love with the look of its peaceful take on a Breath of the Wild-type exploration adventure. The game has also repeatedly gone viral on Twitter due to gorgeous in-development gifs from co-creator Gregorios Kythreotis.

While we don’t have a set release date, Shedworks is aiming to release the game this year. It can’t come soon enough, as far as I’m concerned.

Fortnite Season 7 Teasers Include Superman, Rick And Morty, And More