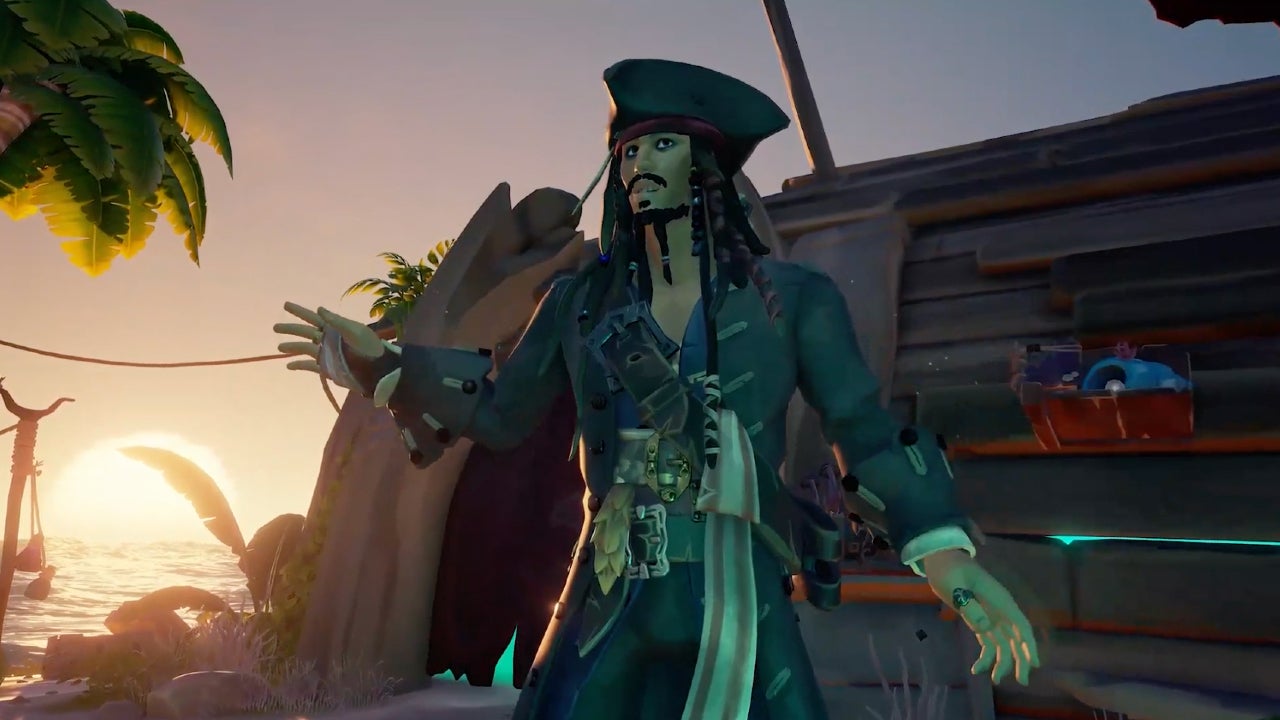 
Sea of Thieves: A Pirate’s Life has showed off its first gameplay, ahead of the expansion’s release next week.

Shown off during Xbox Games Showcase: Extended, we got a look at the Jack Sparrow-led expansion, including battles with weird giant eels, Davy Jones’ head floating in the clouds, a talking skull, Jack Sparrow costumes for characters, new epic ship battles, and plenty of new enemies.

At the end of the showcase, it was revealed that we’d get a longer look at Rare’s collaboration with Disney this Sunday, June 20, at 11am PT/2pm ET/7pm UK in “A Pirate’s Life” showcase. It will also include a first look at the first few tales from the new expansion, along with developer interviews and a conversation with Disney.

Have you played Sea of Thieves?

Sea of Thieves: A Pirate’s Life was announced at E3 2021, and will be a free story expansion for Rare’s online pirate sim, arriving June 22.

Rebekah Valentine is a news reporter with IGN. You can find her on Twitter @duckvalentine.