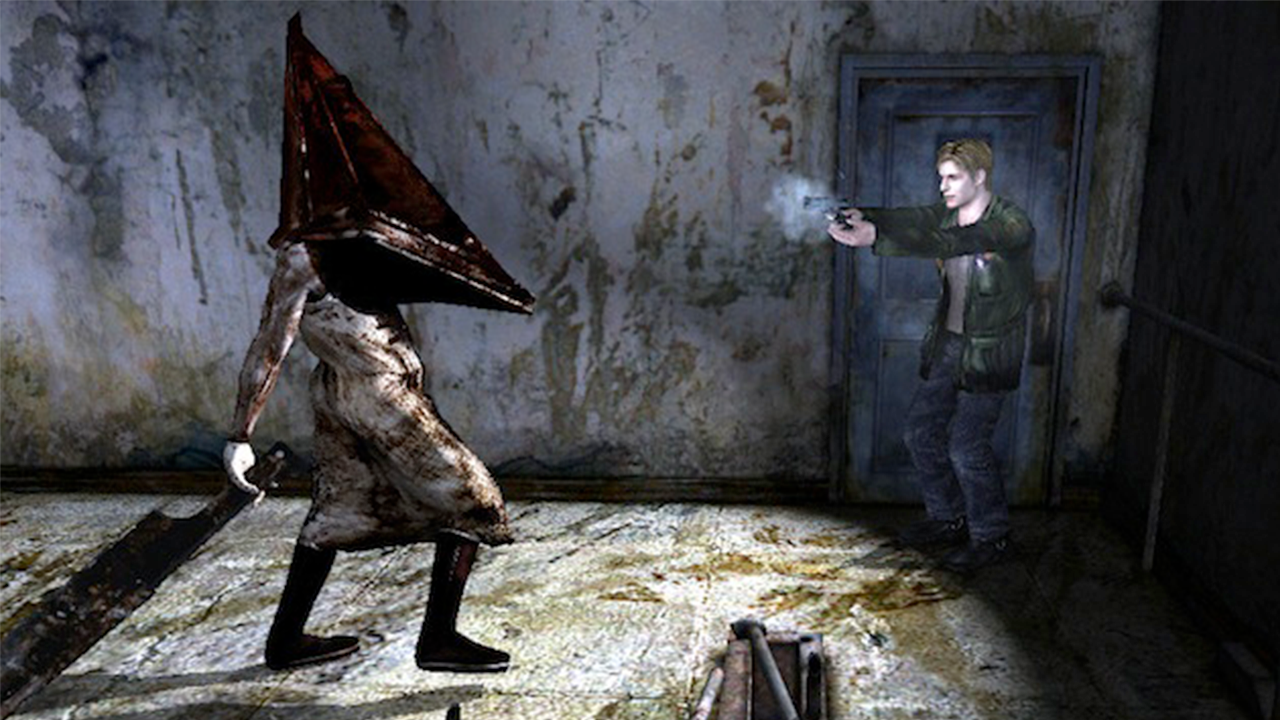 Pyramid Head, who is arguably the most terrifying and iconic villain from the Silent Hill franchise, was inspired by an unlikely source: a background character in Bracveheart.

Silent Hill 2 director Masahiro Ito recemt;y took to Twitter to share that the “inspiration for the background of Pyramid Head from [Silent Hill 2] as the executioner. From a film Braveheart.”

The inspiration for the background of Pyramid Head from SH2 as the executioner. From a film Braveheart. pic.twitter.com/B2GAbHAsuB

Ito began designing Pyramid Head based on that Braveheart character, and he continued to refine the look by referencing other films and books where people put bags on their head and he “came up with the idea of an executioner of the old town.”

Ito also quote-tweeted a post he shared in 2017 of some of the oil and acrylic paints he made during his time as an art student. The four he shared were from his ‘Strange Head’ series and were created between 1993 and 1996. The first image in the Tweet below is of note as it was another inspiration for Pyramid Head.

The design of Pyramid Head is based on the 1st one_Some of oil/acrylic paints in my art student days (1993 – 1996). “Strange head” series. pic.twitter.com/J1RWAS9vlS

Pyramid Head first debuted in Silent Hill 2 and has appeared in many other Silent Hill games since. It has even made guest appearances in Super Bomberman R and Dead by Daylight.

This terrifying foe helped make Silent Hill 2 our choice for the scariest game of all time and Pyramid Head’s reveal made it to #36 in our list of the most unforgettable video game moments.

Pyramid Head and Silent Hill have been quiet for some time, but rumors and reports have been circling that a comeback may be in order. Most recently, Silent Hill movie director Christophe Gans said that “multiple” games in the franchise are in development.

This tease joins an unannounced Silent Hill game called The Short Message getting rated in South Korea, leaked images of a project in the series, and a rumor that Bloober Team is working on a remake of Silent Hill 2.