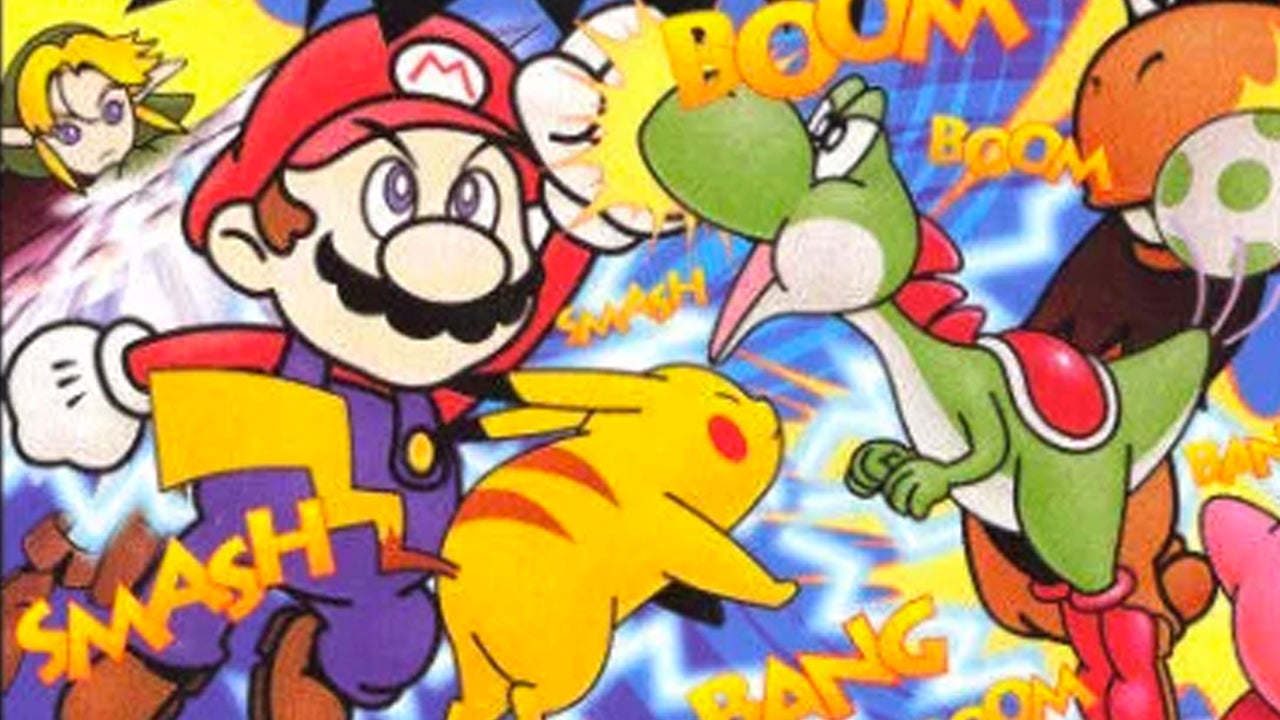 Super Smash Bros. creator Masahiro Sakurai has revealed footage from the game’s original N64 prototype – and it shows a surprisingly fully-formed version of the game.

A new video unveils footage from Dragon King: The Fighting Game – the original game that formed the basis for Super Smash Bros.

“There were no special moves, dodges, or even items yet,” explained Sakurai. “But the game’s rules were basically the same as Smash Bros.”

“It had smash attacks, mid-air jumps, shields, dashes, and five-direction aerial attacks,” he added. “A Battlefield stage layout, too, though you could change that.”

THIS IS NOT A DRILL!!! pic.twitter.com/VSbLkEDMKs

“At the time we were very limited in how we could configure models,” he explained. “But they still move pretty well, I’d say.”

The Dragon King prototype was met with high praise from Nintendo, and it was eventually adapted into the Super Smash Bros. we know and love today.

“Now, when you think of Smash Bros., you can’t help but think of its large roster of Nintendo characters,” he explained. “But this wasn’t in the original proposal – it’s something we negotiated for later.”

As you can see from the footage, the prototype included generic fighting game-style characters, but Sakurai didn’t want to flood the market with a load of new fighters nobody cared about.

“I didn’t want to throw players into a roster full of character nobody had ever seen and knew we needed to come up with an objective solution to this problem,” he added. “In the end, we convinced Nintendo to let us borrow their most popular characters.” The result was an instant classic, letting players battle with some of Nintendo’s most iconic heroes.

Sakurai also shed some light on the design process behind the game’s relatively simple controls:

“I came up with the idea for this game in 1996, around when command inputs for fighting games were starting to get extremely complicated,” he said. “Some of these were extremely intense. So, I opted for simple controls with a stick direction and a button, something players could intuitively pick up.”

Often thought to be the antithesis of fighting games, Smash Bros’ controls allow just about anyone to pick up a controller and start playing, without having to learn long and difficult combos.

“There’s also the Smash input, performed by ‘flicking’ the analog stick,” he added. “With just a quick flick, you could unleash a stronger attack, or jump. I came up with this after thinking about how best to utilize the N64’s new analog stick.”

Want to read more about Smash Bros? Check out how Nintendo is finally embracing its grassroots Smash Bros. scene as well as our top 25 Nintendo Switch games.