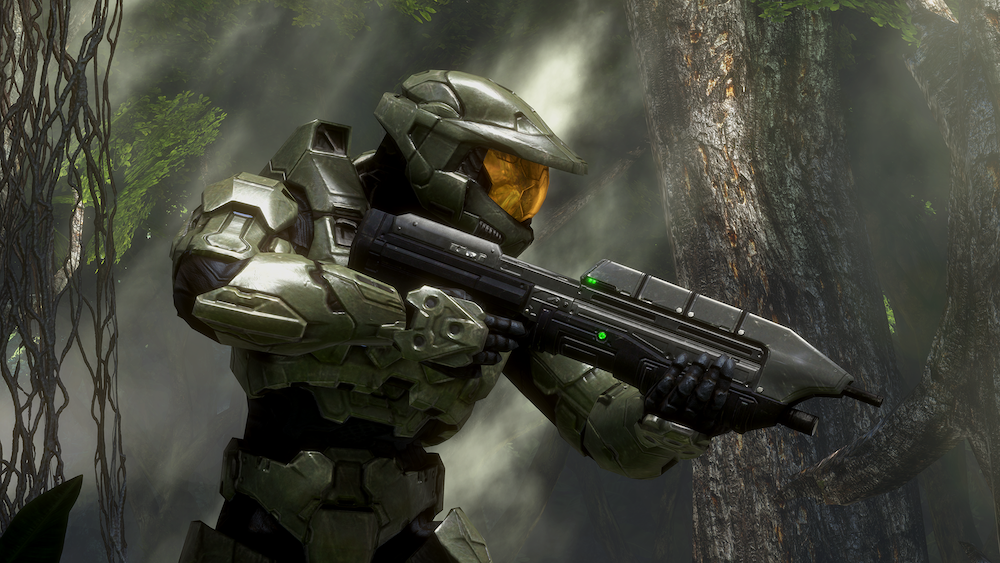 
The Xbox 360 is fondly remembered by many as one of the best game consoles of all time, and it had a vast library of excellent games to choose from. Indeed, the console welcomed more than 2,000 games, and while they were not all excellent, many were. We’re looking back at the Xbox 360’s glory days and listing off the 15 best Xbox 360 games–in alphabetical order–from the second-ever Xbox that Microsoft made.

Many of the games listed below are still playable today on Xbox One and Xbox Series X–some of them were even remastered with updated visuals and mechanics. For more modern Xbox recommendations, check out our roundups of the best Xbox Series X games and best Xbox One games.

2009’s Batman: Arkham Asylum was a watershed moment for Batman games and is regarded today as one of the best comic book games ever. Developed by UK studio Rocksteady as one of its first games, Arkham Asylum is beloved for its excellent story, which was written by Batman veteran Paul Din, and performances by Kevin Conry (Batman), Mark Hamill (Joker), and Arleen Sorkin (Harley Quinn). The game’s combat was also one of its most praised elements, with players able to chain attacks together in a free-flowing system that felt satisfying, rewarding, powerful, and fair. It’s no surprise that the game spawned multiple sequels and a wider universe of comic book games. If you want to check it out today, Batman Arkham Collection contains all three of Rocksteady’s Batman games and is playable on Xbox One and Series X.

BioShock is often cited on lists of the greatest games of all time. Written and directed by Ken Levine, BioShock tells a period story set in the underwater world of Rapture. The story evoked themes of Ayn Rand and George Orwell, and apart from its gripping story and big twists, it’s memorable for spawning Big Daddies and Little Sisters. The game really nailed its style and tone, which made it a truly unique experience. You can play the entire BioShock series by purchasing BioShock: The Collection for Xbox One (playable on Series X).

Remembered as one of the most influential and best Call of Duty games ever, Call of Duty 4: Modern Warfare was part of the incredible 2007 that saw many other great games release. Developed by Infinity Ward, Modern Warfare took the Call of Duty franchise out of a historical setting and into modern times. The globe-trotting story took players to many different conflict zones and served up one of the most memorable Call of Duty missions ever: All Ghillied Up. The multiplayer was a real show-stopper, too, advancing the formula with a long list of now-common multiplayer elements like killstreaks, custom loadouts, and the ability to earn XP toward new weapons and gear. A remastered version of Modern Warfare released several years back, so it’s playable on Xbox One and Series X.

From Software’s successor to Demon’s Souls, Dark Souls released in 2011 and was a runaway success that remains beloved by fans today. We praised the game for its gorgeous and frightening world and its excellent combat mechanics that make every attack feel powerful and precise. Dark Souls is also remembered for its very different bosses that test your skill and determination, while the game’s novel online element that allowed players to cooperate and compete became a fixture in future games. The series has remained popular over the years, and From Software is now innovating once again with Elden Ring in 2022. You can play the remastered edition of Dark Souls on Xbox One and Series X.

Long before Deathloop, Arkane made a name for itself with Dishonored. Released in 2012 at the tail-end of the Xbox 360 console cycle, Dishonored was praised at the time for its impeccable and striking design that helps bring its setting to life. Here at GameSpot, we scored the game a 9/10 and also gave props to its level design, superb voice acting, and vast suite of abilities that encouraged players to play with creativity and style. Dishonored featured a celebrity voice cast that included Susan Sarandon, Michael Madsen, Lena Headey, Chloe Grace Moretz, Carrie Fisher, and Brad Dourif.

Bethesda Game Studios’ open-world RPG The Elder Scrolls V: Skyrim is now available on basically every platform under the sun, but its origins date back to the Xbox 360 era. The game was released in November 2011 and few could have predicted the bonafide phenomenon that it would become. Directed by Todd Howard and the winner of many Game of the Year awards, Skyrim was praised in part for its open-ended structure that allowed players to venture through a fantastical world full of monsters and magic. Many believe Skyrim remains Bethesda’s best RPG ever, and as for why Bethesda keeps releasing it on more and more platforms, well, we only have ourselves to blame.

Long before Epic Games was known for Fortnite, the studio created the Gears of War franchise, with Cliff Bleszinski as its designer and director. Released one year into the Xbox 360’s lifecycle in November 2006, Gears of War was a stunner with its cover combat, co-op support, and completely over-the-top action involving fighting giant enemies. Gears of War also introduced the world to the gun-with-a-chainsaw, the Lancer, which would go on to become iconic for the series and shooter games overall. Epic eventually sold Gears of War to Microsoft, which is now developing the series via The Coalition studio. Gears of War was later remastered for Xbox One and is available to play via Game Pass.

Read our Gears of War review.

Rockstar’s Grand Theft Auto V is still going strong today, selling millions of copies every few months, and it’s even set for release on PS5 and Xbox Series X|S in 2022. The game’s journey actually began back in 2013, when it was released on Xbox 360. A stunning display of creative and technical achievement, GTA V is remembered by many as one of the great games of all time–and certainly one of the most commercially successful, too. In addition to the wonderful open-world campaign, GTA V has remained relevant thanks to Grand Theft Auto Online, the massive multiplayer playground that is essentially its own game at this point.

Another one of the great games of 2007, Bungie’s Halo 3 is revered for its multiplayer mode that many still see as the high watermark for the series. The single-player campaign was also one of the best in franchise history. It told a gripping story of Master Chief, Cortana, and The Arbiter fighting Covenant through the galaxy. The game also introduced the map- and mode-making toolset, Forge, which would go on to be a defining feature of the series. It would be among the final Halo games developed by Bungie before it exited the series and Microsoft’s 343 Industries took control. Today, the best way to play Halo 3 is by grabbing the Master Chief Collection, which is also included with Xbox Game Pass. If you’re curious where Halo 3 lands on our overall list, check out our Halo mainline series ranking.

2008’s zombie shooter Left 4 Dead not only had great box art (who could forget those four fingers?) but it was an excellent multiplayer shooter that reenergized the gaming landscape’s obsession with zombie games. The four-player co-op shooter takes place after a zombie outbreak and your job is to take them out with your squad mates in a variety of settings. The game had more than just mindless zombie hordes to overcome; it also featured numerous different zombie types, including the horrifying Witch and the hulking Boomer.

Who could forget Limbo? 2010’s puzzle-platformer from developer Playdead was striking and haunting, with simple-enough controls for anyone to pick up. The tone of Limbo is eerie, and the fact that the small child you control can, and often does, die in horrible ways in this black-and-white side-scrolling game is something few who played the game will ever forget. The game’s ending led to many different interpretations of what actually happened and what it all means, and that mystery is part of what made the game so memorable. Limbo is playable on Xbox One and Series X and is included as part of Game Pass.

Yet another of the standout releases of 2007 was BioWare’s original Mass Effect. After years of developing fantasy games, BioWare took its talents to space and into the realm of sci-fi with an engrossing and rewarding role-playing game that spawned a franchise. It also introduced the world to Commander Shepard, who is now one of gaming’s most recognizable characters. Mass Effect was praised for its powerful storyline, its many and varied characters and choice-based dialogue, and its setting. Lesser-loved elements like vehicle navigation and combat would be improved upon in subsequent installments, as well as the retooled trilogy released in 2021.

2011’s Portal 2 took what made the original Portal great and dialed it up in a satisfying way. Valve’s puzzle game sees players controlling Chell in the halls of Aperture Science as she uses her portal gun to solve puzzles and figure out what was going on. The sequel not only added new equipment, but also a bigger celebrity cast, with J.K. Simmons and Stephen Merchant voicing characters. The sequel also had a co-op mode for solving puzzles with friends and featured music by The National. Portal 2 still stands tall as one of the best modern puzzle games.

Also released in 2007 during what was obviously an incredible year for games, Rock Band was Harmonix’s successor to Guitar Hero and it turned things up to 11. Not only could you play guitar with a plastic peripheral, but you and friends could get together and live out the fantasy of being a rock band from the comfort of your living room. The game had a drum kit and microphone as well as a bass guitar mode to complete transition from solo act to full-on band. It was so much fun, and many have great memories of jamming out with friends late into the night.

Super Meat Boy is one of the Xbox’s most memorable games. Released in 2010 on Xbox Live Arcade (when that was a thing!), Super Meat Boy is an ultra-challenging platformer where you play as a bag of meat trying to rescue your girlfriend, Bandage Girl, from the evil Dr. Fetus. Developed by just two people, Edmund McMillen and Tommy Refenes, the game was also featured prominently in the documentary Indie Game: The Movie, which chronicled the game’s development and offered many fascinating insights in the process. Super Meat Boy is one of the games that helped garner widespread interest to smaller indie games. It feels just as good to play today as it did over a decade ago.

Here’s where you can buy a Nintendo Switch