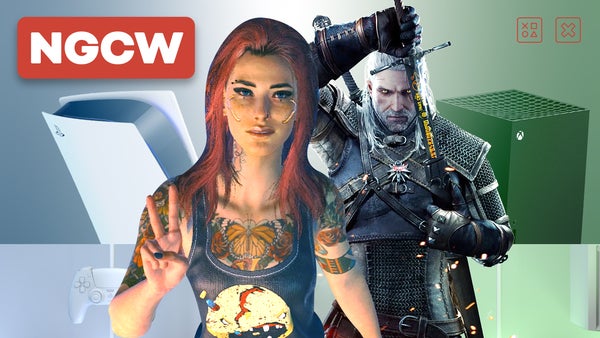 The Future of Cyberpunk 2077, The Witcher on PS5, Xbox Series X – Next Gen Console Watch


Welcome back to Next-Gen Console Watch, our show following everything PlayStation 5 and Xbox Series. This week, we discuss CD Projekt Red’s past and future, what’s happening with Cyberpunk 2077’s multiplayer, and how Cyberpunk’s launch likely changed their plans for both The Witcher and Cyberpunk. We also dive into Sony’s move to close the PSP, PSVita, and PS3 stores and the fallout of losing access to so many beloved titles. With the polar difference between Microsoft and Sony’s approach to their catalogue history, what does this mean for the player? Xbox Seems to champion fan-beloved classics by bringing some heavy hitters of the past to their growing xCloud service. We also have the results of last week’s poll, where we asked whether you would be interested in a more powerful/expensive Nintendo Switch Pro. 00:00 – Intro
00:34 – CD Projekt Red’s Plan to Develop Cyberpunk 2077 & The Witcher Games Simultaneously
03:50 – The Plan for Cyberpunk 2077’s Multiplayer Has Changed
05:41 – After 100 Days, How Can Cyberpunk 2077Return to the PlayStation Store
06:44 – How CD Projekt Red’s Next Gen Updates for Witcher 3 and Cyberpunk 2077 Could Rehabilitate Their Image 08:26 – Sony’s Closing of the PS3, PSP, and PSVita Store Is A Bummer?
12:23 – While Sony Closes A Store, Xbox Opens A Door, Bringing Fan Favorite Classics to xCloud
15:34 – Poll Results – We asked whether you would be interested in a more powerful/expensive Nintendo Switch Pro.
15:55 – New Poll
16:22 – Outro