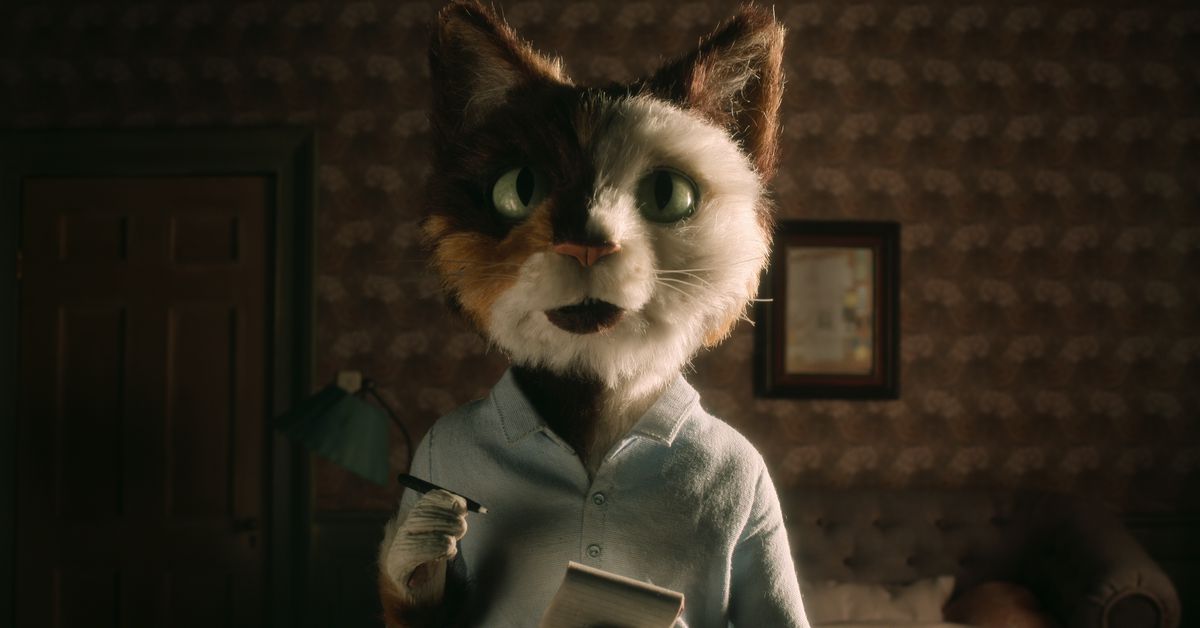 The House review: an unsettling stop-motion anthology on Netflix

The House, one of Netflix’s first new releases of the year, is a simple concept. It is a film divided into three chapters, each directed by a different director, each exploring a different story related to the same sprawling house. What connects every short film, apart from the physical house and stop-motion animation, is a creeping sense of dread. The House looks cute, with talking animals and dollhouse-like images, but in every story there is something lurking beneath the surface; something wrong, disturbing. It could be a recession or a scary creature – but when you put it together, the result is an anthology of a trio of different, but clearly connected stories.

The first chapter, directed by Marc James Roels and Emma de Swaef, is a kind of origin story, which begins with the ominous sentence: “and heard from within, a lie is spun.” It’s a tale of envy: When relatives visit a young family’s house, the father makes a drunken arrangement with an eccentric architect who offers to build them the house of their dreams for free. Initially it is an almost idyllic scenario; not only is the house huge and beautiful but the food appears as if it came out of nowhere and the lights come on on their own. But slowly the matter unravels. One day, stairs are lost when the architect decides to rearrange his masterpiece, while zombie-like workers lurk in silence. Later, the architect gives the parents bizarre clothes that match the decor. It’s hard to tell if there’s something supernatural going on or if it’s just a cruel psychological experiment, and it’s all rendered in soft felt which only adds to the surreality.

Later stories move the timeline forward. Chapter Two, directed by Niki Lindroth von Bahr, is set in the modern day, when a struggling contractor — who is also a mouse — renovates the house in an attempt to make a lot of money. Unfortunately, everything seems to go wrong; Not only is he investing everything in the project in the midst of a recession, but he also has to deal with lingering problems such as a mysterious insect infestation. When the house is finished, only one couple bites: and there is clearly something wrong with that. I won’t spoil anything, but this one is worth checking out for the final twist alone. The final chapter, led by Paloma Baeza, pushes things further into the future when the house is surrounded by a flooded city. However, a young cat, who has converted the house into apartments, refuses to give in to reality and literally tries to paper over her problems while her remaining tenants do what they can to help her move on.

Despite the different circumstances and timelines, the house in each story represents a kind of lifeline for the characters. It’s an opportunity for a family to arouse jealousy, for a mouse to lift itself from the crushing weight of debt, and for a cat to slowly build the home of her dreams. The house seems to attract the desperate. What’s most interesting about it? The House thus each story offers a different riff on this theme. The first two chapters seem to be creepy, especially their disturbing endings, but while the first is more of a slowly building fear, the second is much more tangible. Meanwhile, the final chapter, despite starting rather bleak, ends on a surprisingly hopeful note.

The House also includes some of the best looking stop motion animations you’ll see outside of a Laika movie. Each story has a different atmosphere. The felt characters of chapter one give it an almost cozy feel, making the darker elements even more stark, while the second chapter is incredibly lifelike and detailed, right down to the bit of tape covering the webcam on the contractor’s laptop. The latter story, meanwhile, is more ethereal, with misty backgrounds signaling that the end of the world is approaching. The only constant is the house, which is always recognizable despite superficial changes over the years.

It’s an almost ideal anthology: connected yet self-contained. And at about 30 minutes each, the chapters are short enough that they don’t stay welcome for too long, while also being odd enough to stay with you.

The House streams on Netflix from January 14.