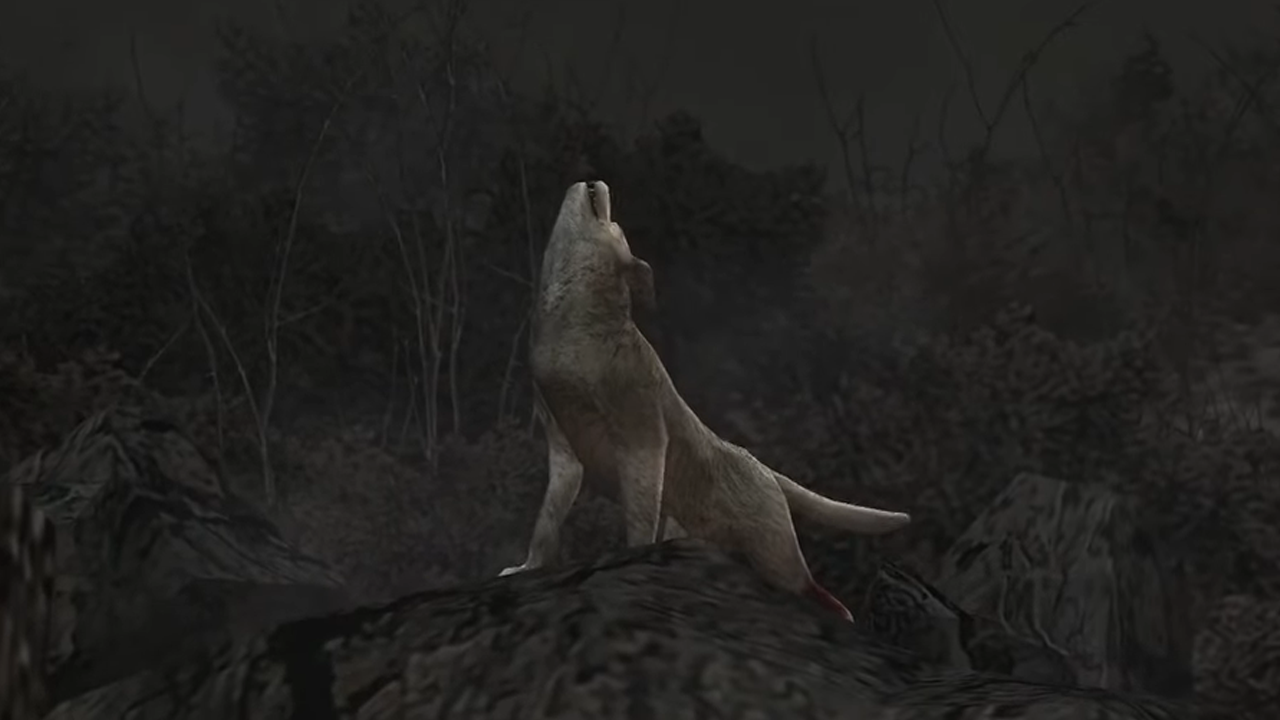 Capcom recently showed off a hefty chunk of gameplay from the upcoming Resident Evil 4 remake, and fans noticed one key, heartbreaking difference.

In the original Resident Evil 4, there’s an adorable pup stuck in a bear trap that Leon stumbles upon. The player can help free the dog from the trap, and the dog will return to help you out in a boss battle a bit later on. In Resident Evil 4’s upcoming remake, it seems that’s no longer the case.

As you can see in the video below, by the time Leon reaches the trap in RE4’s remake, the dog is already dead, leaving you to face the upcoming fight all on your own.

RE fans on the internet are mourning the loss of the iconic canine. Even the well-known “Can You Pet the Dog?” Twitter account chimed in, voicing some strongly worded anger over the pup’s early demise.

Other RE fans handled the news differently, with some theorizing this represents a “darker, more morbid take” on the events of Resident Evil 4. Some are frustrated by the change, saying the moment the dog comes back around to help you is part of what gives Resident Evil 4 a wholesome feeling amidst the darkness. And finally, one fan called for a moment of silence for the beloved dog.

(18/??) One change I expect to be divisive in the remake is that the dog you could rescue early in the game is dead already when you come to that point in RE:4. Poor doggo, but might be demonstrating early this is a darker, more morbid take on Resident Evil 4, a bit more twisted. pic.twitter.com/TsQwa74Ssw

I don’t mean to sound like Im just complaining for the sake of it, but this was a pretty important part of the game. Saving the dog and later being saved by the dog gave the OG game this “wholesome” feeling amidst the darkness. Very toku. It’s what makes Resident Evil stand out! https://t.co/TkDW2sSQz4

A moment of silence for THAT DOG that helped us in Resident Evil 4! Sadly he doesn’t make it in the RE4 Remake it seems 😭 pic.twitter.com/vC059Bl1Ri

Even with the apparent removal of our furry friend, the Resident Evil 4 remake is shaping up to be a faithful tribute to the original. In our hands-on preview, we said Capcom seems “laser-focused on making one of the best games of all time even better.”

For more, you can read IGN’s interview with Resident Evil 4 producer Yoshiaki Hirabayashi, or find out why there are currently no plans for a Code Veronica remake.

Logan Plant is a freelance writer for IGN covering video game and entertainment news. He has over six years of experience in the gaming industry with bylines at IGN, Nintendo Wire, Switch Player Magazine, and Lifewire. Find him on Twitter @LoganJPlant.

Destiny 2: Where Is Xur Today? Location and Exotic Items for October 21-25