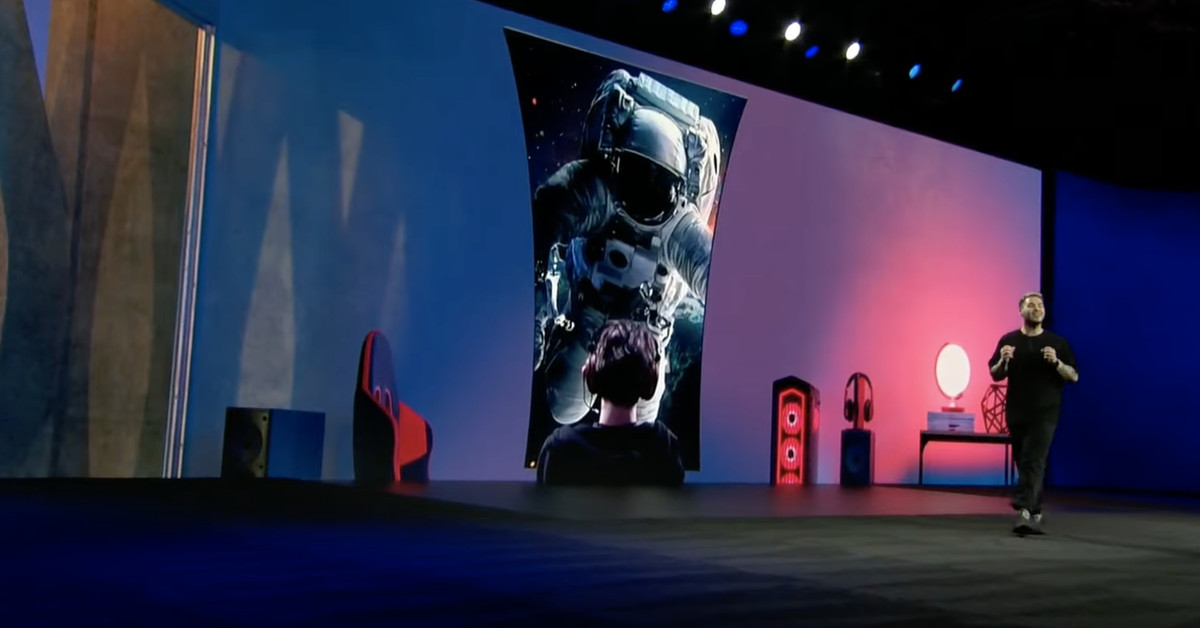 Samsung now makes the biggest, curvier PC monitors to be seen and believed; two roadside editors recently replaced their multi-monitor setups with a single 49-inch Samsung Odyssey G9 when it went on sale last week for $999. But the company isn’t satisfied with filling your horizontal field of view with 49 inches of real estate – today at CES it will unveil an even larger 55-inch curved screen with a special stand that allows you to tilt the giant monitor vertically so that the screen bends right above your head.

It’s called the Samsung Odyssey Ark and the company is presenting it as a real product that it plans to bring to the United States in the second half of the year. We don’t have a price or firm release date, although the panel apparently has a quantum dot color and Mini LED backlighting. It’s not even clear whether the Odyssey Ark is aimed at gaming, productivity, a fashion statement, or all of the above.

Details are so light that I will share with you the entirety of what Samsung sent us:

Odyssey Ark is a next-generation flexible monitor that’s perfect for people who do everything from editing to gaming at home. The Ark is the new industry-leading gaming display with a curved 55-inch screen and a 16:9 aspect ratio.

Multiview options allow users to set up the Odyssey Ark exactly the way they want, with a fully customizable screen size to suit the game or program, without compromising the 4K display and bright, colorful visuals. The monitor also features a wireless rotary knob to manage lighting and interface.

With a 16:9 aspect ratio, it wouldn’t be quite the same as those previous super-ultrawide 32:9 monitors, even though the curve looks about the same from here. (Does that mean it’s just a very curved TV? Not quite, but TVs and monitors are WAY closer these days.) The traditional aspect ratio could help with the stretching effect I saw in games and less wasted space around movies and shows.

Now, after looking at a few of these super-curved monitors, I initially struggled to think of a reason why I’d want to flip one vertically. But seeing what it looks like in the real world, courtesy of Tim Schofield, certainly reveals more of the Odyssey Ark’s multitasking potential.

Will you let me know if any other good reasons come to mind? (LG Display’s curved OLED throne could use some vertical screen ideas, too.)

By the way, here’s a photo of the Odyssey Ark’s dial and its huge horizontal curve:

Samsung also introduced a smaller 4K version of its Odyssey Neo G9 this week, a 32-inch version called the Odyssey Neo G8. We’ll let you know when the Ark has more details.