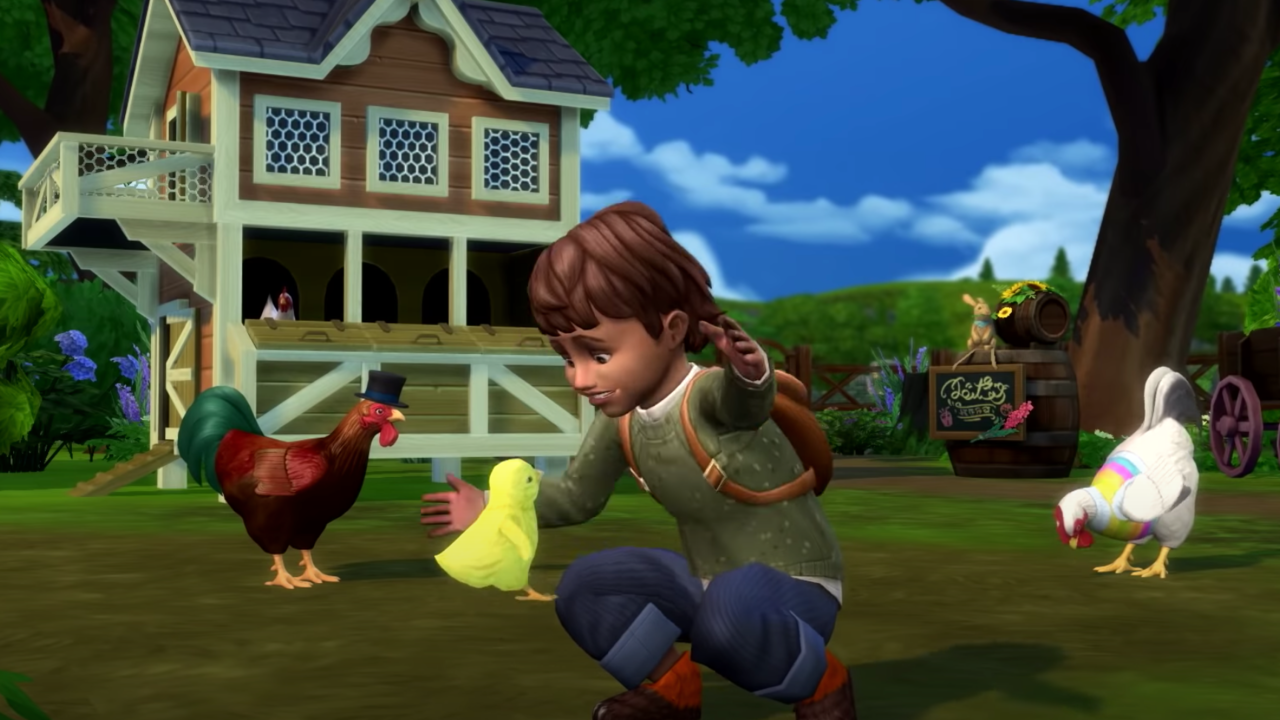 Home Game News The Sims 4’s Cottage Living Expansion Is All About Farm Life, And It Looks Delightful
Game News

The Sims 4’s Cottage Living Expansion Is All About Farm Life, And It Looks Delightful

The Sims 4 continues to get new expansions, the latest of which is called Cottage Living. The new expansion launches for PC and consoles on July 22, taking players to the sleepy town of Henford-on-Bagley, which sounds like a very chill and cozy place.

In Henford-on-Bagley, players can plant their own garden, raise farm animals like chickens, and become one with nature. The town also has a pub called The Gnome’s Arm where players can enjoy a drink or two after putting in some work in their gardens.

“This pack enables Sims to live their garden-to-table lifestyle, and we look forward to players living out their fantasies of building a charming cottage in the new world, Henford-on-Bagley,” The Sims 4 producer Antonio Romeo said.

The cows you raise give you milk, while your chickens supply you with eggs, and llamas have wool that you can obtain. Players need to be on the lookout for foxes, however, who can get into your henhouse and steal eggs. Like any good farming experience, Cottage Living expansion lets you take your best cows, chickens, and crops to a fair for grading.

Build your university your way in Two Point Campus, coming to PS4 and PS5 – PlayStation.Blog