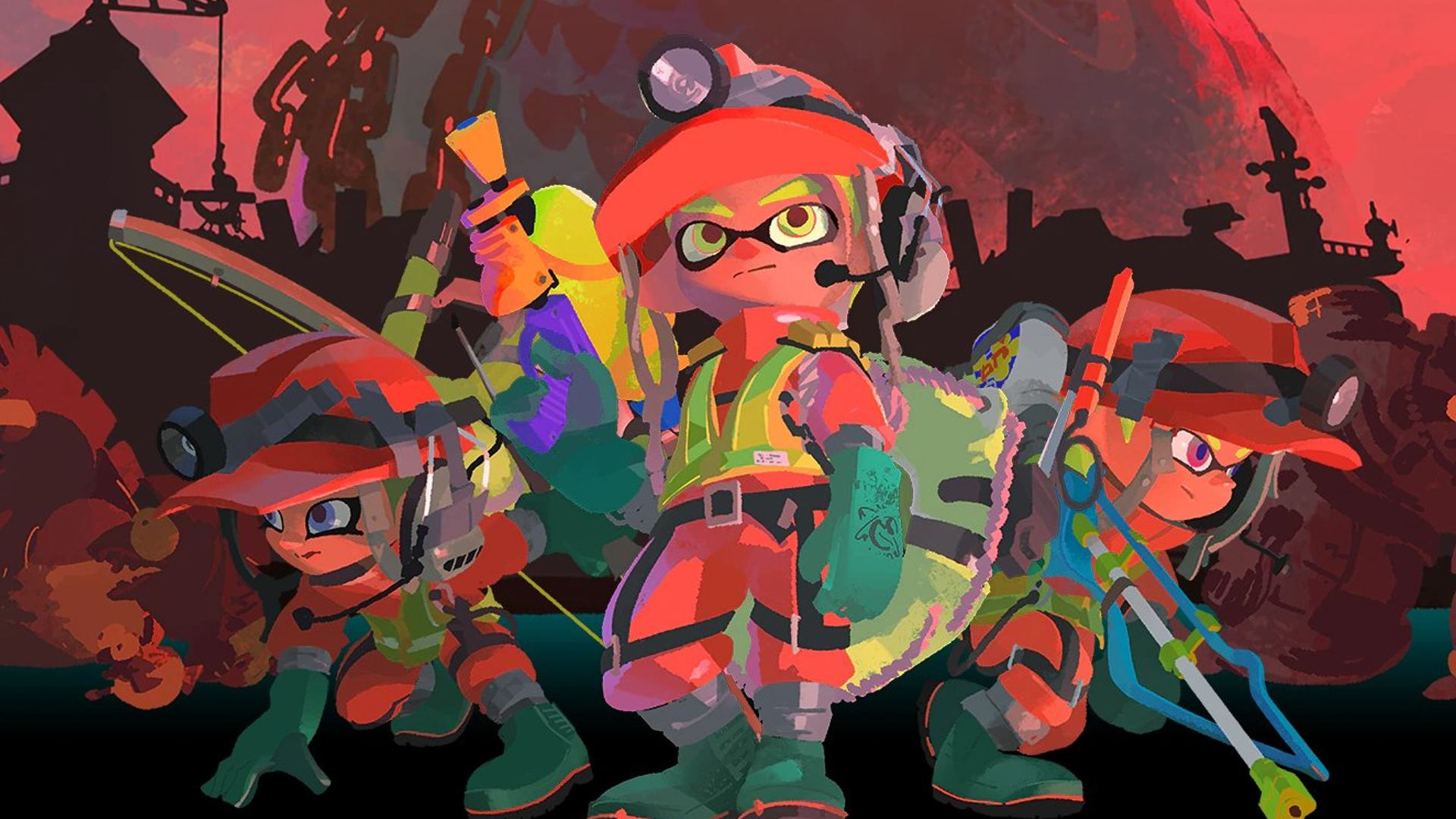 For those who aren’t Extremely Online, seeing all the art and messages in Splatoon 3’s Splatsville square can be confusing if you’re not up on the current meme flavor of the week. Last week, the meme template was a fill-in-the-blank sentence beginning with “Full of…” Sure.

This week, every message is about something called “Big Run.”

For the unitiated, Big Run is a real, announced game mode within Splatoon 3. It’s been mentioned briefly in a Nintendo Direct, which confirmed it to be an event that happens “once every few months” where Salmonids, the enemies of PvE mode Salmon Run, invade the game’s PvP maps.

We haven’t experienced one live yet, though, which is probably why the Splatoon 3 community both in-game and on social media is currently working itself into a tizzy over the theory that one might spontaneously be announced for Halloween weekend.

To be clear, there’s no actual evidence this is going to happen then. But some community members have extrapolated that there might be one based on the fact that there was no Halloween-themed Splatfest like there have been in previous Splatoon games. In fact, there was no Splatfest at all during the month of October — the last one was the launch Splatfest in late September, and a Pokémon-themed Splatfest is currently planned for mid-November. One prevailing theory for the lack of an October Splatfest is that Nintendo is taking extra time to adjust the game behind the scenes after many players had connection issues in the last Splatfest, as well as a low appearance rate for the new Tricolor Turf War mode due to various team imbalances.

Some fans have also pointed out that if Big Run is anything like Splatfests, then SplatNet won’t have stage rotation data available for the period of the event. But savvy folks looking ahead on the calendar have found that there is in fact stage rotation data for that entire week, for both Salmon Run and the regular Vs. Modes.

Nevertheless, the Splatoon community has embraced the fun of a Big Run conspiracy – at this point, it’s just more fun to engage with the idea of a Halloween Big Run being real. Several people have made fantastic fan-edits of a Splatcast announcing Big Run, many of which (in the Halloween spirirt) have the flavor of a horror movie:

Meanwhile, everyone else is keeping themselves busy leaning into fan theories of when Big Run will be and what it will entail. Some truly wild yet surprisingly widespread speculation involves the idea that because the much-hated Wahoo World was both released in Splatoon 3 without significant updates from Splatoon 2, and then was shown in the Big Run tease during the Direct, a Big Run event might be used as an in-universe event to permanently alter the stage.

Others are just leaning into the memes:

Me scoring a golden egg in Big Run #Splatoon3 pic.twitter.com/5ty2EzlQoO

Give me big run pic.twitter.com/cowUqACFiZ

Me waiting for the Big Run mode to be added to Splatoon 3 pic.twitter.com/WgN0WU0CoU

It sadly doesn’t look like we’re getting a Halloween Big Run, but whenever Big Run does manifest, I can only assume we’ll have to rely on the appropriately Big Man to save us from it.

While we wait, check out our reviews of Splatoon 3, both single-player and multiplayer, as well as our wiki guides to everything Splatoon 3.