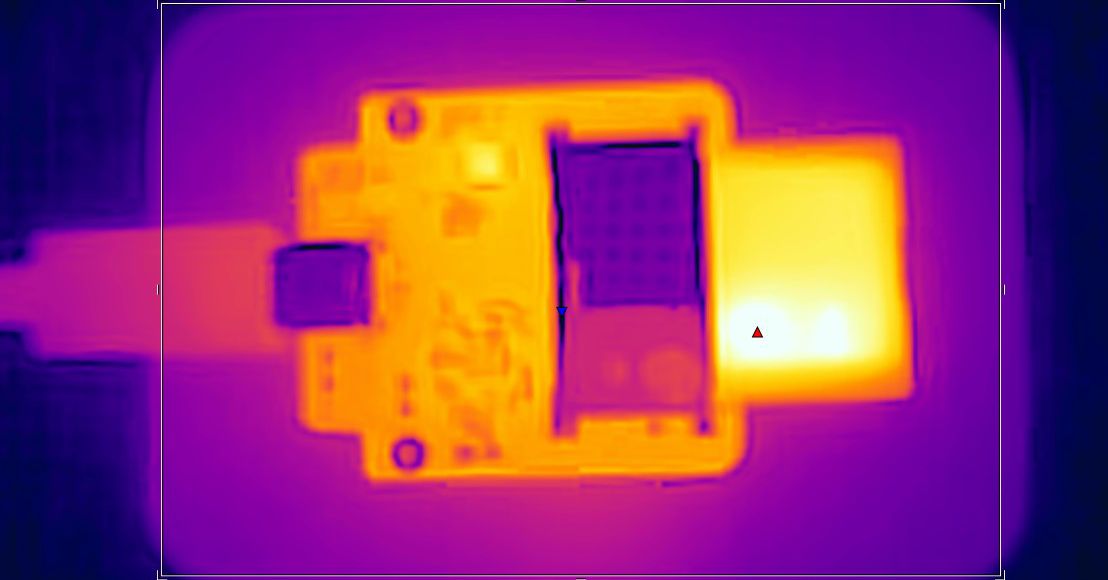 This NVMe SD card is literally too hot to handle


When we say a gadget has “blazing-fast speeds,” we don’t mean it literally. But when AnandTech benched one of the first NVMe-based SD card reference designs, it found the tiny plastic-covered rectangle hitting skin-searing temperatures of 96 degrees Celsius (roughly 205 degrees F).

Last year, we wrote how this next wave of SD cards — SD Express — might quadruple their theoretical speed to nearly four gigabytes per second, by using the PCI-Express and NVMe interfaces more commonly found in the SSD in your computer or next-gen game console.

Theoretical speeds are theoretical, but this is still fast

We haven’t quite hit those speeds yet, anyhow: the specific card AnandTech tested topped out at around 900MB/s writes and 400MB/s reads in raw sequential tests, and less in normal use. Besides, the Silicon Motion SM2708 controller is aimed at PCIe Gen 3×1 and PCIe Gen 3×2 for maximum speeds of around 985MB/s and 1,97MB/s, respectively, not the nearly 4GB/s speeds that a future controller might deliver with Gen 4×2.

That’s still faster than today’s SD cards, though, whose UHS-II variety tops out at around 300MB/s reads and very slightly slower writes.

But those speeds may be beside the point if the card’s emitting tremendous amounts of heat inside your computer or camera. Hopefully that won’t be true of other cards (or other controllers, at least). For what it’s worth, high-end cameras have begun to standardize on the rival CFexpress format, which already claims gigabyte-plus reads and writes — though some users complain that they get a little toasty as well.

For now, you don’t have to worry about it: manufacturers are still working on their SD Express cards and readers. Last we checked, you can’t find them on shelves.