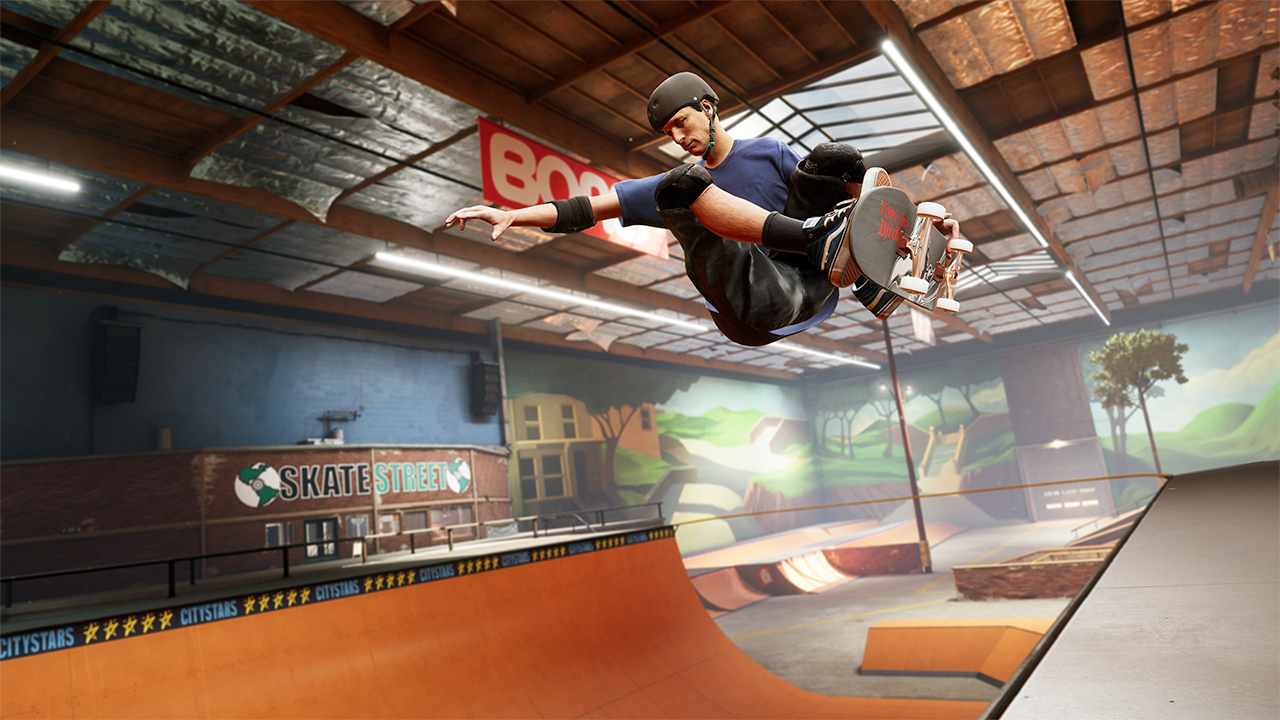 Activision has announced that not only will Tony Hawk’s Pro Skater 1 and 2 be released on PS5 and Xbox Series X/S on March 26, 2021, but that it will also be skating its way to the Nintendo Switch later this year.Tony Hawk’s Pro Skater 1 and 2 on PS5 and Xbox Series X will feature new next-gen upgrades, including giving fans a chance to play in 1080p at 120 FPS or in native 4K at 60 FPS, spatial audio, and more.“High-fidelity atmospherics” has also been added to these new versions, and it will “allow players to enjoy the experience of sharper dynamic shadows, reflections and lens flares, as well as enhanced skater textures and more on next-gen consoles.”

This upgrade includes access to the secret skater Ripper (a.k.a. the infamous Powell-Peralta mascot), retro gear for Create-A-Skater mode, and retro skins for Tony Hawk, Steve Caballero, and Rodney Mullen.

While those wishing to play Tony Hawk’s Pro Skater 1 and 2 on Switch will have to wait a bit longer, they were treated to a fun exchange on Twitter where Tony Hawk himself asked Crash Bandicoot if he’d help him get this game on Switch after he heard Crash Bandicoot 4: It’s About Time is being released on Nintendo’s latest platform on March 12, 2021. Luckily, Crash came through when Tony needed him most.

Tony Hawk’s Pro Skater 1 and 2 was released on PlayStation 4, Xbox One, and PC in 2020. In our review, we said “Tony Hawk’s Pro Skater 1 + 2 is such a tremendous turnaround from 2015’s disastrously dismal Tony Hawk’s Pro Skater 5 that it’s difficult to believe they share even a shred of DNA. The accessible yet tricky skating is earnest and old-school fun, the wonderful looking levels are lovingly designed odes to the past, and the music is like the hearty embrace of an old childhood buddy.”

Valheim: How to Find Haldor the Merchant