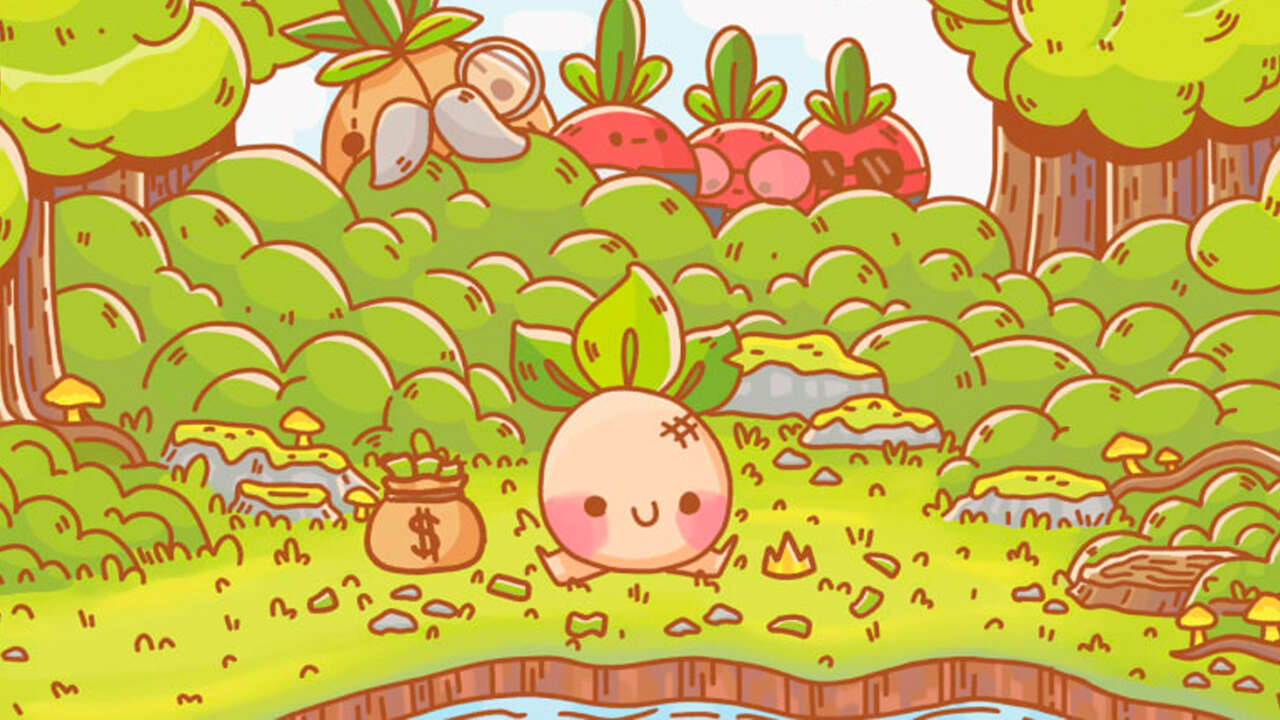 Turnip Boy Commits Tax Evasion Review – A Leek to the Past

You might be relieved to learn Turnip Boy Commits Tax Evasion isn’t really about avoiding your financial responsibility to society. There’s no book-keeping, no audits, no lurking threat of a visit from the IRS. Instead, the act of tax evasion is a mere prelude, an unlikely catalyst for a rollicking and increasingly silly pastiche of the action/adventure genre.

Less concerned with ripping off fellow citizens and more with pilfering tropes from the Legend of Zelda, Turnip Boy is shameless about the source of its obvious inspiration. Within minutes from the start of the game, the village elder has dispatched you on a quest and you’ve retrieved a mystical sword from a sun-dappled forest grove. But it borrows and parodies familiar elements with an affection and exuberance that sweeps you along in a giddy rush for the entirety of its short but sweet duration.

With Turnip Boy’s fiscal failure exposed in the opening scene, the town mayor channels Tom Nook by setting a quest that will allow you to pay off your debt and eventually inherit the family home. His demands are ludicrous from the get-go and seemingly untethered from your ultimate goal. But rather than leaving you annoyed at having to run some pointless errands, each new task only compounds the absurdity in amusing new ways. Really? That’s why you needed a laser pointer? You’ve got to be kidding me.

Volkswagen is being investigated for its ‘Voltswagen’ stunt