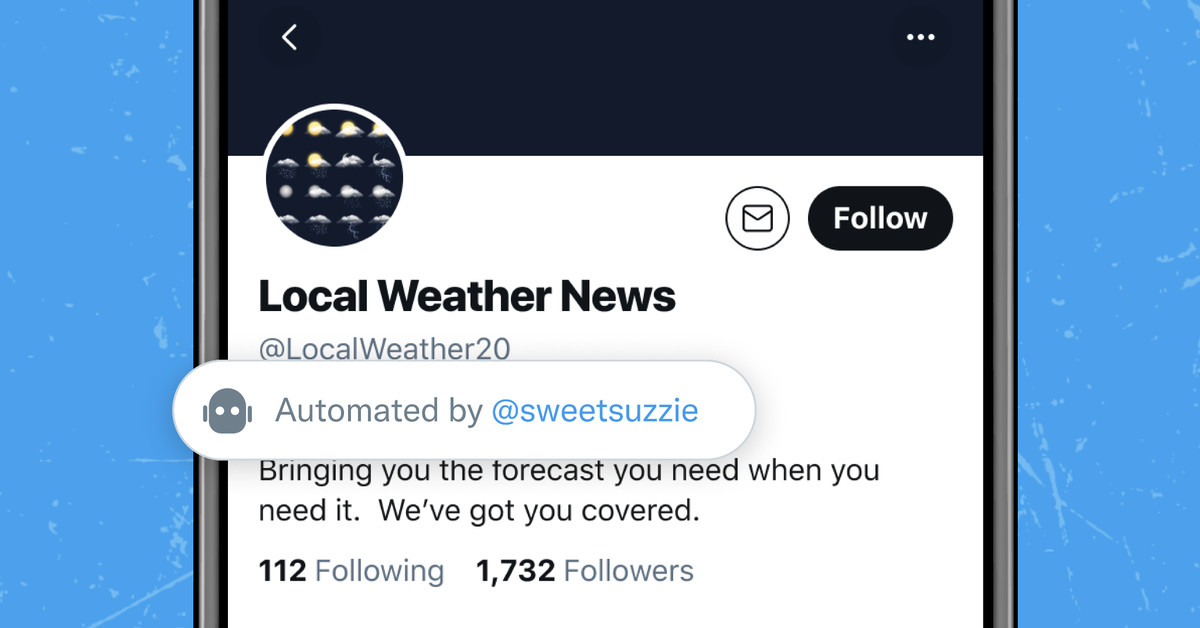 Twitter is beginning to test labels for bot accounts


Twitter is beginning to roll out labels for automated accounts (or bot accounts), the company announced Thursday. “Examples of automated accounts you might see on Twitter include bots that help you find vaccine appointments and disaster early warning systems,” Twitter said in an FAQ. “When these accounts let you know they’re automated, you get a better understanding of their purpose when you’re interacting with them.”

What’s a bot and what’s not? We’re making it easier to identify #GoodBots and their automated Tweets with new labels.

Starting today, we’re testing these labels to give you more context about who you’re interacting with on Twitter. pic.twitter.com/gnN5jVU3pp

The rollout is kicking off a bit later than the July timeframe that was previously promised. Twitter is also working on a label to memorialize people who have died. Last we heard, that label was scheduled to be available this year.