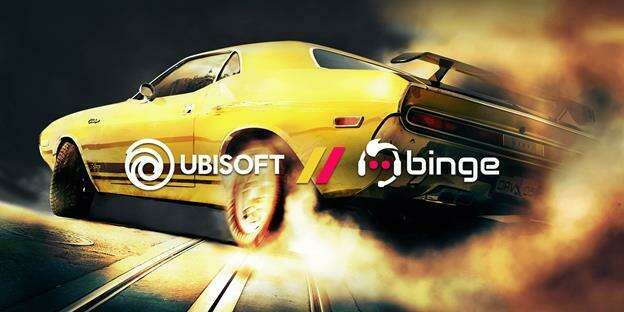 The show is being developed exclusively for Binge.com, an upcoming streaming service from Allan Ungar, the director of that incredible live-action Uncharted fan film with Nathan Fillion. Ubisoft’s Film & Television department is producing the show alongside Binge.

Binge was announced during E3 2021. It will focus on producing streaming video content specifically for gamers. The company is aiming to do it “in a way that respects the fans and the games that inspire them,” Bingie says. Binge is scheduled to launch in 2022.

Ungar said in a statement, “Having the opportunity to adapt Driver alongside the team at Ubisoft Film & Television is a dream come true.”

Ungar added: “As longtime fans of the franchise, we’re excited to deliver an original, premium and rich storytelling experience that will take fans and newcomers on a thrilling ride.”

Binge and Ubisoft will announce more details on the Driver series “at a later date.” The game series dates back to the ’90s and has spanned numerous entries over the years. The latest installment in the series for console was 2011’s Driver: San Francisco, which was followed up by Driver: Renegade 3D for the 3DS and Driver Speedboat Paradise for iOS and Android.

Binge isn’t ready to talk specifics, but the company says it has already reached deals with “incredible partners,” including “the world’s most popular content creators, game publishers, and studios.” The new original series will cover retro, indie, and blockbusters titles alike. “From cult classics to the biggest hits, Binge provides a premium platform for every story,” reads a line from the press release.

Binge has a feature called Squad Parties which allows users to watch together and earn rewards for doing so.

You can sign up for updates on Binge’s website here. Binge has no connection to the streaming service called Binge that’s already available in Australia.