Nvidia’s new GeForce Now Ultimate tier is one of the most effective and affordable ways to upgrade your gaming experience, but there are caveats. 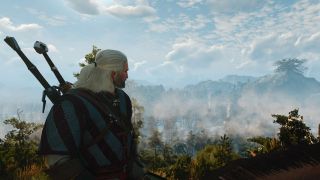 The Ultimate tier of GeForce Now (opens in new tab) goes fully live today with the RTX 4080 Superpods going on line in select data centres around the world. Very select data centres. San Jose, Los Angeles, and Dallas are opening up first in the US with Frankfurt taking on EU duties across the Atlantic.

Nvidia is suggesting that each week it will start to put upgraded servers online, and has created a page allowing you to track (opens in new tab) just how close those new RTX 4080-powered servers are to you.

There are new Ada GPUs lurking in the London-based EU West server rooms, however, because I’ve been messing around with the new tech for the past couple of weeks from my Bath home and office. And you can colour me impressed.

Though, to be fair, I’ve been hugely impressed with GFN’s tech since it first updated its old RTX 20-series servers with new stream synching features. Then it added the RTX 3080 level hardware (opens in new tab) which boosted performance even further, and I played through the entirety of Control in RTX mode and Life is Strange: True Colors through GFN at 4K on my Shield. And now we get the latest and (second) greatest Ada GPUs to borrow for our game play time.

Because that’s essentially what you’re doing; for your $20/month Ultimate tier membership, you’re effectively borrowing an RTX 4080 (opens in new tab)-powered gaming PC for the time you’re playing. On practically any web-connected device you own. Whether that’s TV, set-top box, phone, tablet, Mac, or PC, there are GFN apps for you. Or you can just go through a simple web browser, as you still have to on the Steam Deck. Though Nvidia claims it wants to work with Valve (opens in new tab) to sort that Steam Deck stuff out.

The lure of RTX 4080 hardware isn’t the only draw of the Ultimate tier, however, with the latest updates also finally deliver ultrawide and HDR support on the GFN PC and macOS applications, too. That’s maybe a little thing, but it’s long been frustrating having to play on a 3440 x 1440 screen with big black bars on either side of it.

That wouldn’t be enough to convince me to upgrade my membership on the promise of eventual Superpod upgrades in my area, but in contrast to the way it’s treated the pricing of its latest graphics cards, it has kept the top tier of GeForce Now at the same price. That’s indicative of a segment of the market Nvidia doesn’t have an almost total monopoly on.

But yes, the old $20/month RTX 3080 memberships are automatically switching to Ultimate tier memberships for the same price, and there remain the $10/month Priority and the limited one hour free memberships.

So, what’s it like to use? Well, it’s not quite seamless. Even via the dedicated applications you still almost inevitably run into some very PC issues. For all intents and purposes you’re booting into a limited PC session and running games from your own Epic, Ubisoft, or Steam accounts. And that means all the hoops we PC gamers take for granted.

The next-gen The Witcher 3 update has given me all the excuse I need to restart the game from scratch, and I’ve been having a blast. Like on a standard PC, however, you still need to navigate the launchers. On GFN that means booting into Steam (desktop via the PC app or Big Picture on Android) and clicking on the game you’ve already clicked on to play. Then hitting ‘play’ again on the subsequent CDPR launcher.

If you’ve a mouse attached that’s fine, but on GeForce Now via the Shield Android TV tube you need to briefly enable mouse mode on your pad to navigate the Windows-based screens, which is a bit awkward. Especially if you’ve forgotten which damned button you need to long-press.

And then sometimes you’ll boot into a game that isn’t running at the right resolution. Geralt popped up supremely low-res the first time I booted the game (and occasionally still does) and Crysis first appeared in a 768p Window. So sometimes you’ll have to play with the settings, enabling ray tracing and HDR, for example, when you boot up a game.

You can task the GeForce Now app with remembering your personal configs on each game, but that does negate the ability to play on different devices while sharing cloud saves.

I can turn everything on—yes, even Geralt’s flowing Hairworks locks.

And that’s how I’ve used GFN, especially with The Witcher 3. I could play the game on my RX 6800 XT-powered gaming rig in the office, but it doesn’t love the extra pretties the update has added and delivers low, stuttering frame rates at best. Through the GFN app, however, I can turn everything on—yes, even Geralt’s flowing Hairworks locks—and happily play on the 40-inch ultrawide attached to it.

Then, at home, I can either play on the 4K TV with HDR or fling it up onto my 4K projector for BIG WITCHER ENERGY. Both of which are plumbed into a Shield device with an Xbox pad attached to them.

Bizarrely, my home experience has been the stronger, despite a wired machine in the Bath office that purports to have a blazing fast connection. I’m seeing more visual artefacting as the stream hits a blip and downgrades the visuals to compensate. At home, with a wireless 5GHz connection and a 100Mbps download rate, however, it’s been practically indistinguishable from playing locally.

The sharpness of forcing GeForce Now to run at your preferred resolution, when you know your network can handle it, is one thing, but what’s really impressed me about this latest update is the responsiveness. Previously, it has been super slick, but it was possible to see the tiniest bit of input lag if you flick the mouse around quickly. Now, my old eyes struggle to distinguish any tangible difference between the responsiveness of my home machine vs. playing on GFN.

You can see the sort of visual artefacts you might experience on a weaker network. (Image credit: Nvidia/CDPR)

Certainly jamming some North Korean future-scum in Crysis feels speedy, and I’ve been dodging and parrying with impunity in The Witcher 3, too. A tougher test would be if Nvidia could support something like FIFA 23, with the fast responses it requires, but herein lies a wider issue with GFN—game support.

There are a huge number of games available via the service, and if you’ve already got a big Epic or Steam library you’ll have plenty to choose from. But it’s not everything that’s out there and there will be corners of your game library you want to stream where the light of GeForce Now never shines. And that means it’s tough to consider the service as a complete replacement for a gaming PC. For me it would mean never playing Kerbal Space Program or Football Manager ever again, something I could never conscience.

The hardware on offer now with GeForce Now is seriously impressive, and the device support incredible. Having RTX 4080 visuals on a Steam Deck, with a measurable increase in battery life, or running on a weak-heart $500 office laptop, or streamed directly to a TV… it’s something else. The GPUs in the top tier—in either RTX 3080 or RTX 4080 trim—mean that you can game at the highest level, with the highest RTX settings at the sort resolutions and refresh rates that PC players demand.

The newer Ada GPU brings all its DLSS 3 and Frame Generation, as well as Reflex latency-killing features to bear on admittedly fewer locations, but that’s going to spread, and hopefully quickly. Especially with demand maybe not being so high on the RTX 4080, Nvidia might have a few more to spread around.

But, as always with any kind of game streaming, your experience will completely depend on your network conditions. Its 4K/120Hz capabilities are fine if your connection’s robust enough (and I don’t just mean raw download speeds), but if you’re in an environment where there’s a lot of strain on the network, or there are simply odd gremlins in your connection, you won’t get the pin-sharp visuals that can mark out GeForce Now at its absolute best.

Networking is one of technology’s dark arts, and I still have little idea what to do when it all goes wrong apart from pull the plug and reset a damned router.

The fact remains, however, that GeForce Now is going to be your cheapest route towards an RTX 40-series upgrade for your gaming experience. The nominal $1,200 sticker price of the RTX 4080 is long gone and you’ll need to spend more than that to bag one today. But even at MSRP you could have had six years of GFN’s Ultimate tier for the same money. And if recent history is anything to go by, you’d have seen an RTX 5080 update somewhere along the line, too.

And when high-end PC gaming is prohibitively expensive to access in any other way right now, I’d take the occasional visual artefact over the freakishly priced graphics card market right now. We’ve already spoken about the idea of a tactical PC upgrade (opens in new tab) in the face of sky high component pricing, and if you’ve been thinking about an update for your current gaming PC but were put off by the thought of selling off organs for the privilege, then even just a six month subscription to GeForce Now could be your ultimate PC panacea.