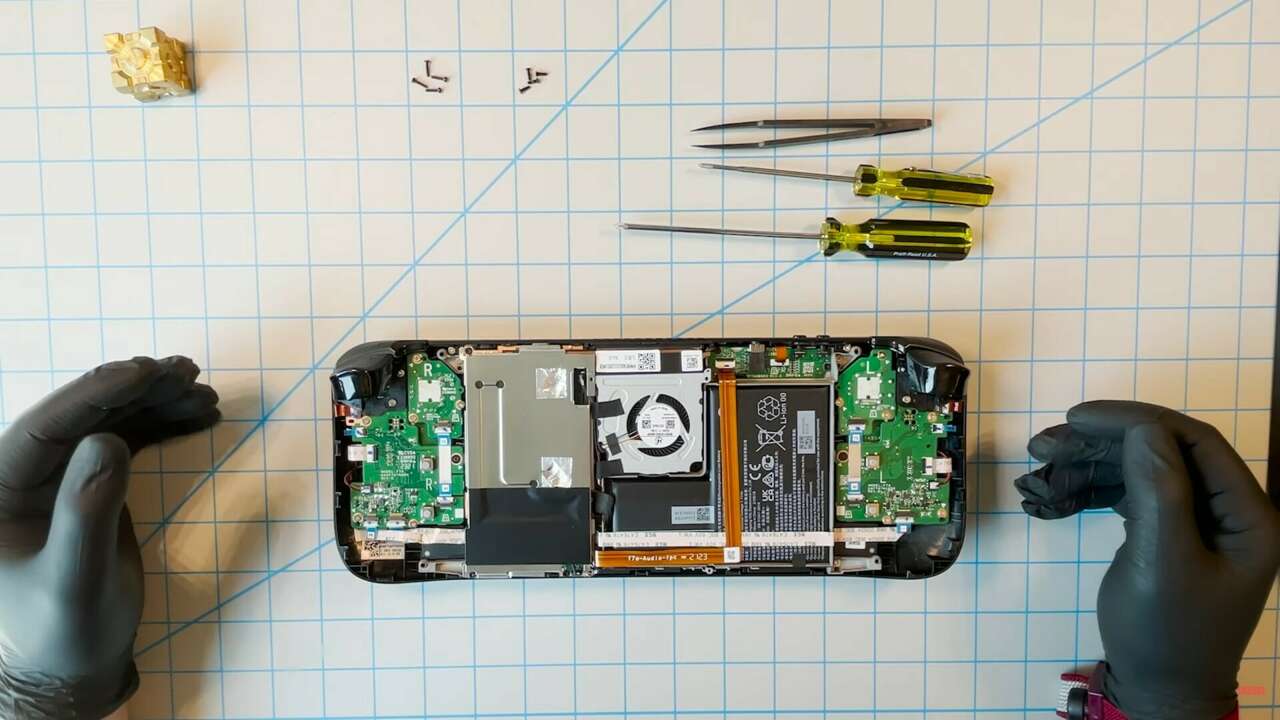 Valve Warns Tinkering With The Steam Deck Could End Your Life

Valve’s Steam Deck, the company’s upcoming portable PC that shares more than a little DNA with the Nintendo Switch, is an impressively compact and tightly designed machine. It’s built in a very specific way, and although you can open it up and swap out some of the internal parts, Valve is strongly recommending you not do that. But they are going to show you how anyway.

A new teardown video from Valve warns against opening up the Steam Deck at all, saying that doing so and swapping out parts “may mess things up, like profoundly,” and should only be done if you “feel like taking big risks with your property, and with your life, which could end if you do this wrong.” That’s because damaging the machine’s internal battery could cause it to catch-fire. Also, damaging the Steam Deck by opening it up and messing with the parts is, not surprisingly, not covered under warranty.

But, if you really are determined to tinker with the Steam Deck, the video above will show you how to do it, specifically how to open up the machine and swap out the machine’s thumbsticks and SSD. To open up the Steam Deck and remove these parts, you’ll have to take out a bunch of very tiny screws. Valve warns that the special screws holding the machine together are easily stripped and damaged, so make sure you’re careful. You’ll also want to make sure you are static-free, as any kind of discharge could permanently damage the Steam Deck’s internal components.

While the thumbsticks aren’t too much of a hassle to replace, Valve specifically warns against swapping out the storage drive. Instead, Valve recommends using the machine’s built-in mircoSD card slot to expand the Steam Deck’s storage capabilities.

That’s because off-the-shelf SSD replacement could consume more power than the original drive, causing overheating issues and reducing the Steam Deck’s battery life. It could also cause electromagnetic interference, as Valve’s SSD is placed close to the machine’s wireless module, and was specifically tested and chosen to not interfere with WiFi and Bluetooth. An off-the-shelf SSD also runs the risk of interfering with the motherboard, particularly when the machine is vibrating.

Valve says the Steam Deck featured in the video does feature some pre-production hardware, so the inside of the machine may look different when they start to arrive in customer’s hands when they start to ship out early next year. A source for official replacement parts, including thumbsticks, SSDs, and “possibly more,” will be coming in the months ahead.

The founder of Facebook’s CrowdTangle tool is leaving

Microsoft Shows How To Bypass TPM 2.0 Requirement For Windows 11