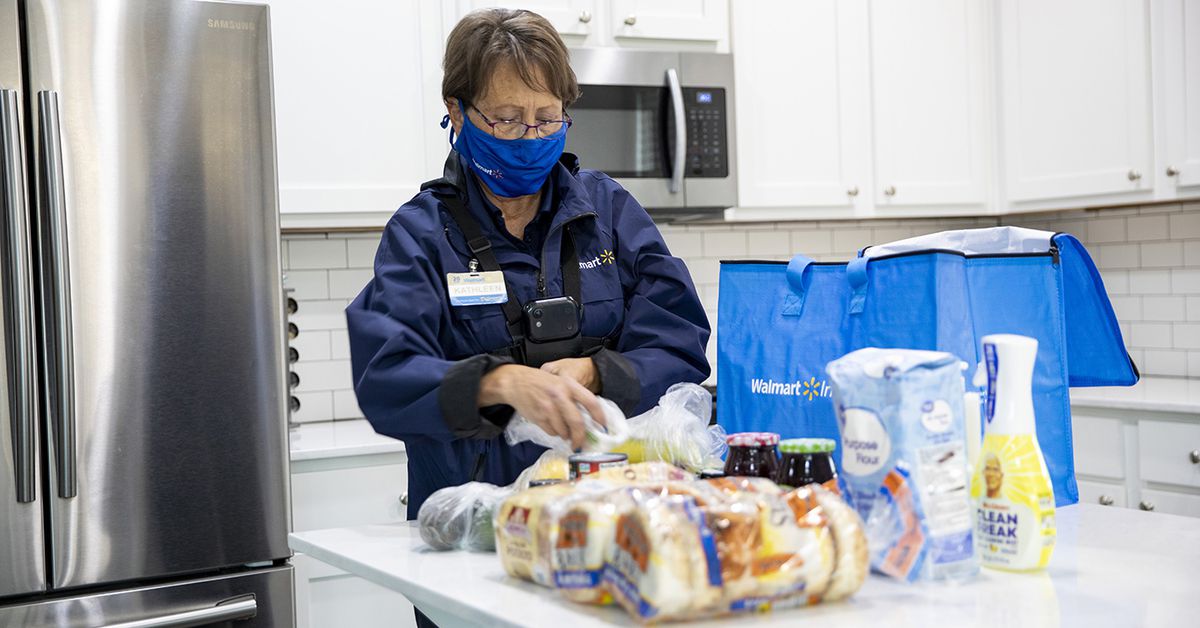 Walmart is expanding its direct-to-your-refrigerator deliveries

Walmart plans to expand InHome, its delivery service that brings groceries (and other items) straight to your fridge or counter, to 30 million American households by the end of this year. As part of the expansion, the retail giant says it will hire 3,000 delivery drivers and set up an all-electric fleet of delivery vehicles, thousands of which it has ordered from General Motors-backed electric vehicle company BrightDrop.

The InHome delivery service requires you to pay a $19.95/month subscription fee, along with an optional $49.95 fee for a smart lock (if you don’t already have a garage keyboard or smart lock) that bodycam-wearing Walmart employees can access. extends to your home – and your refrigerator. When the service first launched in 2019, it served just one million customers in select locations. The expansion will bring the service to more places in the US, but Walmart isn’t clear on where exactly it will be available.

Walmart’s service competes directly with Amazon Key, a similar program launched in 2017 that allows couriers to deliver packages to your front door. But apparently some people don’t feel comfortable letting complete strangers into their homes, which is why Amazon later decided to add in-garage and in-gate deliveries as an alternative. Whichever service you choose, you’ll need to make some additional purchases, including an Amazon Key front door lock and Cloud Cam, a myQ-compatible garage door opener, or a professional installation of the Ring Access Pro for your gate. .

Unlike Amazon, though, Walmart won’t outsource some of its drivers to third parties (and hopefully they won’t be subjected to weird standards like how clean their fingernails are or how their breath smells). Delivery workers will be employed full-time by the company, allowing them to take advantage of health benefits, paid time off, 401(k) matching and a $1.50 pay raise from standard retail positions. Walmart also plans to fill these roles using some of its existing employees rather than hiring all new employees.

Activision Sues Yet Another Call Of Duty Warzone Cheat Distributor