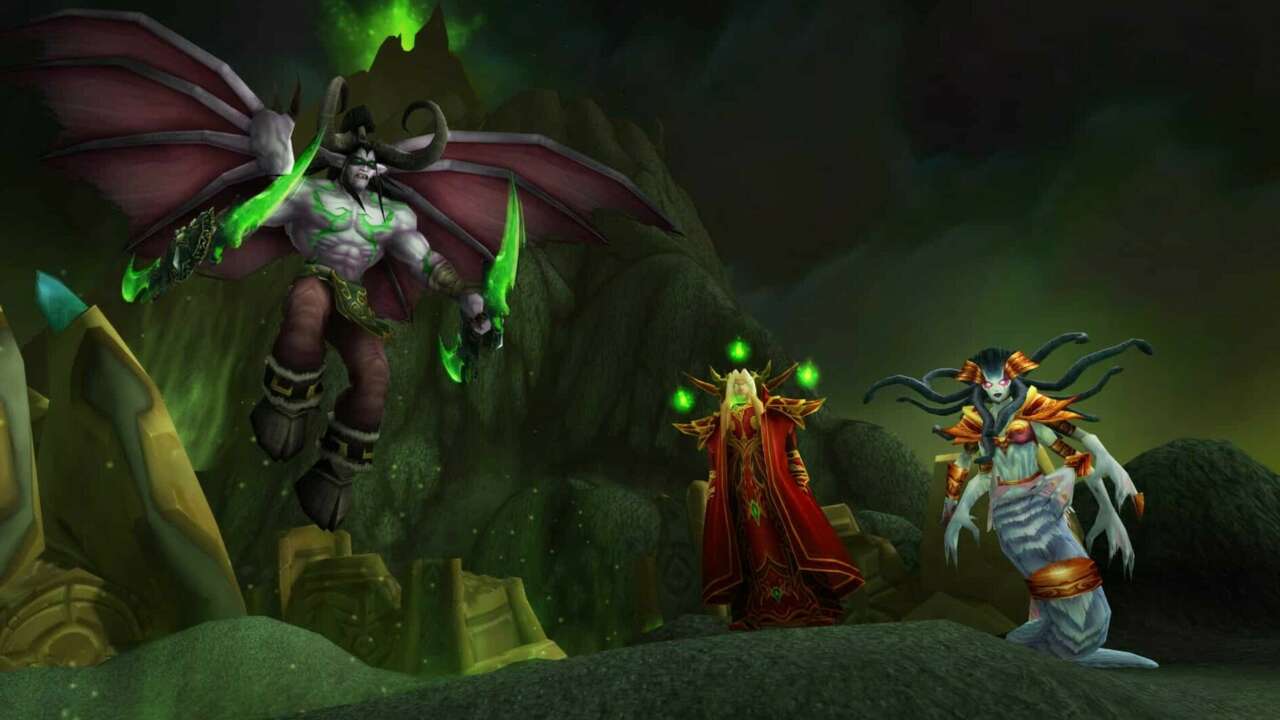 Players can now venture into Serpentshrine Cavern to confront Lady Vashj or ascend to The Eye of Tempest Keep to defeat Kael’thas Sunstrider in World of Warcraft: Burning Crusade Classic’s first content update, Overlords of Outland.

While the update, which is now live, makes it so the new raids are technically available, a lengthy attunement process is required to step into each instance. Players will need to have completed multiple other raids, lengthy quest chains, and heroic dungeons in order to actually get the ability to participate in Burning Crusade Classic’s new content. The update also marks the start of a new Arena season, complete with new gear to earn, as well as introduces two new factions to earn reputation with in exchange for rewards.

Outside of new content, the update adds heavily anticipated features like guild banks. Prior to this point, guild leaders would often make multiple level one characters and use their bag space and bank storage to hold the guild’s various crafting materials and supplies. That process became cumbersome quickly, with those operating the guild banks needing to log out of their main character, log in with a bank character (or several), and coordinate materials between them all. Guild banks simplify this process greatly, letting members deposit and withdraw items with ease.

While it’s not the automated matchmaking tool introduced in later expansions, Overlords of Outland also brings with it a group browser in-game tool. This allows players to list their party, or themselves, available for various activities like dungeons, raids, PvP, or questing in the tool, from which they can send invites or be invited themselves more easily. Prior to the tool, players recruited for dungeon parties or raid members by simply using the game’s chat functions and manually inviting players to groups.

Overlords of Outland arrives as Blizzard looks to clean up its culture both in-game and out in the wake of a state of California lawsuit accusing Activision Blizzard of fostering a culture of harassment and discrimination towards women. Following the lawsuit’s allegations, Blizzard has pledged to remove inappropriate content from World of Warcraft, which will include the removal of multiple references to former Blizzard developers like Jesse McCree in the upcoming 9.1.5 patch for Shadowlands.

How to watch the Inspiration4 launch, SpaceX’s first fully private mission to space