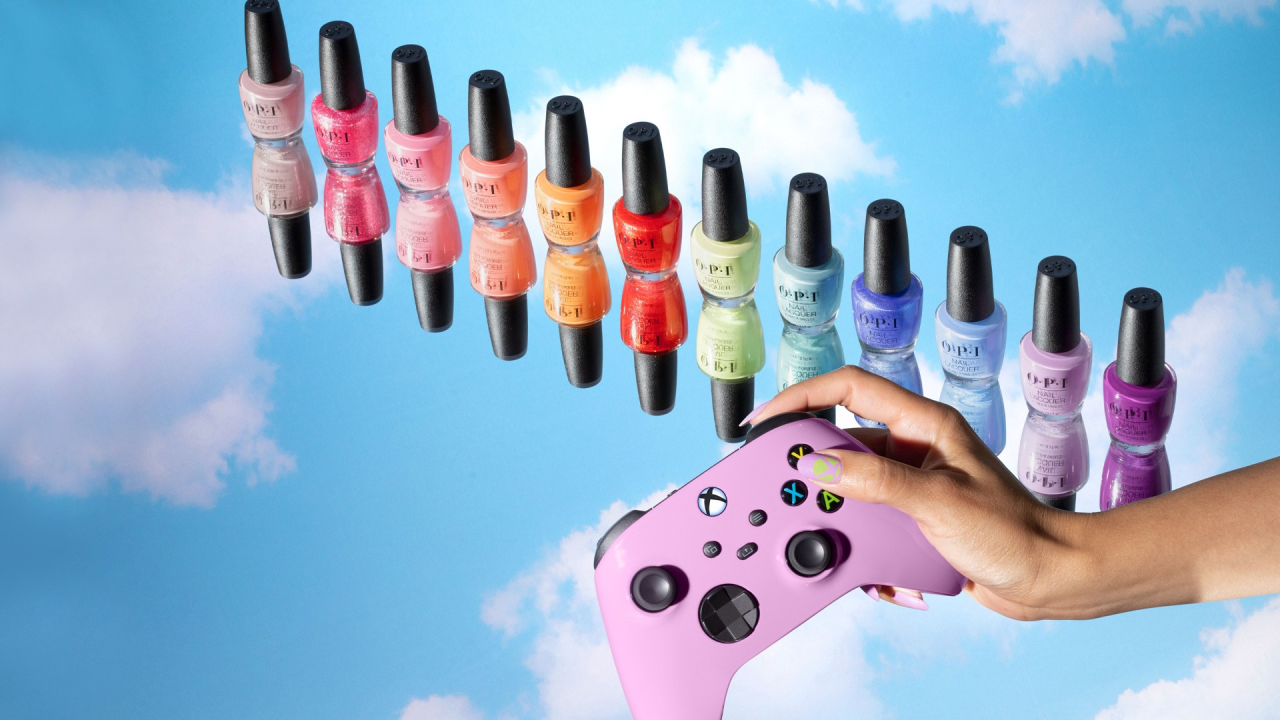 A new collaboration between Xbox and nail polish brand OPI is launching that will allow you to unlock in-game skins for both Halo Infinite and Forza Horizon 5 that match your real cosmetics.

The OPI x Xbox collection, announced on the Xbox Blog, will feature twelve different nail polish colors, launching on February 1. Buying the polishes from select (and as yet unannounced) retailers will also give you access to color-matched cosmetic items for both Halo Infinite and Forza Horizon 5, which will seemingly allow players to customize their armor and car paint to match the color of their nails.

According to Xbox, below is a full list of the colors that will be available during the collaboration (and their quirky names):

In addition to in-game cosmetics, fans will also have a chance to win custom Xbox wireless controllers to match the collaboration’s trend colors. To learn more, Xbox recommends following OPI on both Instagram and TikTok, where details on how to win will be announced.

The OPI polish shades, and an Xbox Wireless Controller up for grabs. (Image credit: Xbox)

When the collaboration is released on February 1, it will be available at retail in the US at ULTA. The collection will also launch globally on the same day in a range of OPI stores, including Amazon, OPI.com, BeautyBrands.com and more.

This isn’t the first Xbox partnership announced lately. Last year, Microsoft announced a number of joint projects, including a partnership with Adidas that brought the world its first-ever set of Xbox console-inspired sneakers, a partnership with Krispy Kreme to launch an Xbox-themed donut, and the rather pricey release of a $10,000 Xbox Series X, when the company partnered with Gucci.