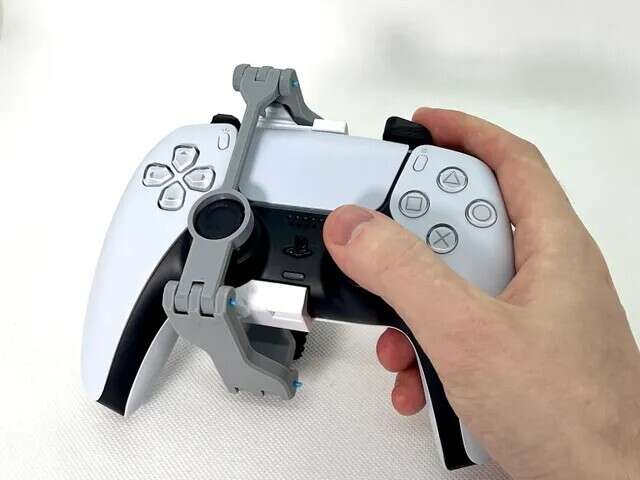 Before the PS5 launched, Sony bragged about the console’s myriad accessibility features. But while the console comes with a built-in screen reader and voice dictation system, it doesn’t do anything for players who can’t use a typical DualSense controller. To solve that problem, YouTuber Akaki Kuumeri created an adapter that attaches directly to the bulky controller, allowing players to use all the inputs with just one hand.

The accessory, which Kuumeri 3D-printed, snaps onto the DualSense controller, placing a rubber foot right below it and a grip on the left thumbstick, which is reserved for movement in most games. A video showing the accessory in action begins with Kuumeri playing Rocket League with only one hand, driving the car by moving the thumbstick via the rubber foot on his thigh.

The L1 and L2 buttons can be pressed thanks to two paddles next to the R1 and R2 buttons, but the D-pad is a different story. To access those buttons, Kuumeri 3D printed an additional attachment that uses hex key bars to allow users to access those buttons from the right side of the controller. Anyone who wants to give these accessories a try can download them from Prusaprinters, where Kuumeri uploaded them.

In other DualSense news, Sony is releasing three additional color variants of the controller to match the recently announced PS5 console covers.